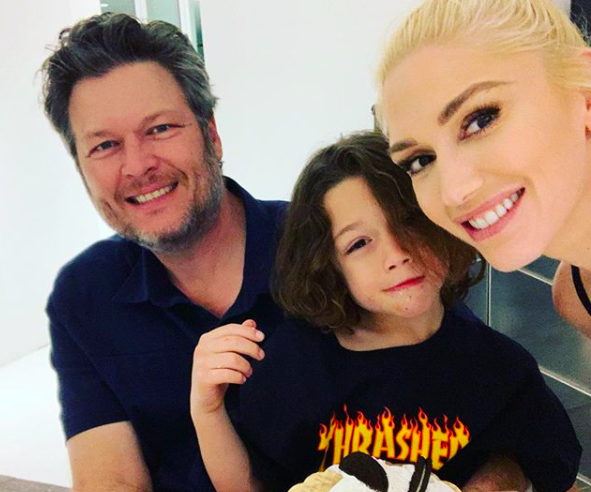 Rumor has it The Voice stars Gwen Stefani and Blake Shelton are more than ready to take their relationship to the next level. There is only one obstacle in their way, the current coronavirus pandemic.

For those who are wondering how the No Doubt lead vocalist turned solo pop artist wound up in love with country star Blake Shelton, well it all starts with having common ground.

Back in 2015 both Gwen and Blake found themselves as vocal coaches on The Voice. The two started a budding friendship amongst the set of the show and bonded over their recent divorces.

The Voice duo has dated for the last 5 years. According to US Magazine, Gwen planned to get married to Blake previously, but there was an issue. Her previous marriage needed to be annulled so she could get married in the Catholic church. Faith is important to Gwen so this step was a must. She reportedly began the formal process to have her previous marriage annulled by Catholic church officials in March of 2019.

As of 2020 The Voice co-stars still have not married, but that doesn’t mean the marriage rumors slowed down. The couple performed their new song “Nobody But You” at the 2020 Grammy Awards on Jan. 27, 2020. That loving performance really set fans ablaze with a passion for the two to wed.

More than a year has passed since The Voice couple encountered their first issue with marriage. And now the pair faces a second issue, a global pandemic.

Now an exclusive source told US Weekly that the COVID-19 crisis has actually “turned their world upside down, as it has with so many families.” The source continued stating, “Gwen knows she is blessed and wants to have the wedding as soon as social distancing guidelines are lifted.”

The uncertainty of the virus has reportedly “changed Gwen’s feelings about getting the annulment and getting married.” Previously getting the annulment was incredibly important to Gwen. She wanted to do things by the book of her religion before marrying Blake. Now in the midst of an uncertain world, she has switched to focusing on just marrying her The Voice co-star.

The source went on saying, “It has made her realize that waiting for the annulment at this point is just futile because it could take years for the church tribunal to issue the decision.”

What do you think of the Voice star’s new attitude of focusing on the now and marrying Blake as soon as possible? Let us know what you think in the comments below. Be sure to catch new seasons of The Voice on NBC.

Savannah Chrisley Reveals Big Secret To Her BEST Mood
Jill Dillard Gets Her Baby Tank Filled Again
‘Deadliest Catch’ Exclusive: The Worst Is Yet To Come In Nail-biting Season 17 Finale
Chase Chrisley Likens Father Todd To A Tornado, And Here‘s Why
Vicki Gunvalson Spreads Doom And Gloom During Filming Of Season 2 Of ‘RHUGT’