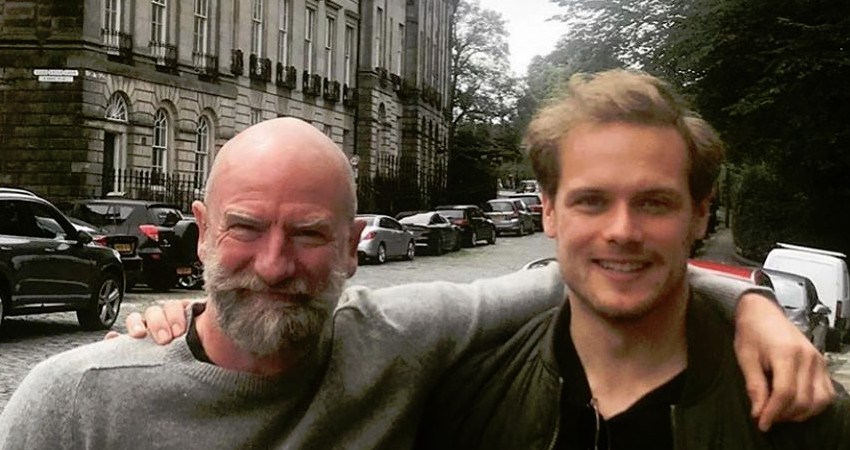 Droughtlander is over! Kind of. Starz picked up a travel documentary series starring two Outlander fan favorites. Sam Heughan and Graham McTavish will road trip through Scotland in an eight-part series.

When is the Next Season of Outlander Coming?

The emotional Season 5 finale of Outlander just aired on May 10. But fans are already asking when the show will return to Starz. Due to the coronavirus pandemic, filming for the next season has yet to start.

However, Starz confirms that Outlander will return for at least another season, its sixth, and possibly more.

The show is based on Diana Gabaldon’s novels. Book 9 in the series is out later this year, though the release date is still unknown.

Fans of the books knew what was coming in the finale once Claire (Caitriona Balfe) was kidnapped.

Due to the feud between the Frasers and the Browns, Lionel Brown (Ned Dennehy.)

To get revenge on Jamie, and to put Claire in her place, Lionel and several other men sexually assault the time-traveller.

The assault is punctuated with Claire imagining what her future would have been like in her own time.

When Jamie rescues Claire, his clan kills everyone involved in the kidnapping, except for Lionel. They intend to question him to find out his master plan. However, he’s murdered before he can tell them anything useful.

In the books, a character named Mrs. Bug ends up killing Lionel for what he did to Claire. However, on the show, Claire’s adopted daughter, Marsali (Lauren Lyle,) does the deed.

A full recap of Outlander’s Season 5 finale can be found here.

The other star of Outlander, Sam Heughan (Jamie Fraser), teams up with co-star Graham McTavish for the travel docuseries. Graham plays Dougal Mackenzie on the Starz show. He returned for Season 5 after missing Seasons 3 and 4.

Men in Kilts: A Roadtrip with Sam and Graham follows the dynamic duo as they travel through Scotland.

Deadline reports that Culloden Field, which plays an important role in history and Outlander, is one of their many stops.

Both actors were born and raised in Scotland. However, many parts of the vast country are new to them during the half-hour episodes. The close friends explore Scotland’s complex history amid lavish scenery.

While Jamie and Claire set sail for the New World – America – in Season/Book 3, Outlander is still filmed in Scotland.

Aside from Culloden, the Outlander stars will also visit Glencoe and Inverness.

In the trailer for the show, Sam and Graham use bicycles, boats, automobiles, and more, on their epic road trip.

Both actors also serve as Executive Producers for the docuseries.

Starz has yet to release an airdate for Men in Kilts, but check back for updates.