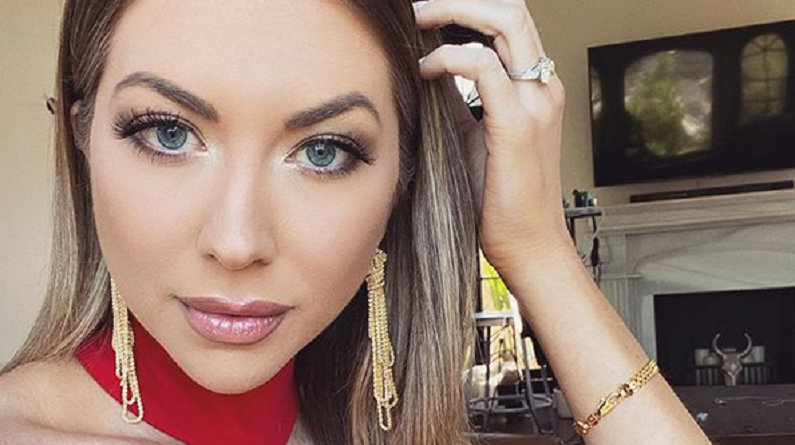 The drama surrounding Stassi Schroeder isn’t dying down anytime soon. Bravo fired the Vanderpump Rules star for her racially insensitive comments. But, she wasn’t the only one who got the boot. Her fellow co-stars Kristen Doute, Max Boyens, and Brett Caprioni will not appear in the upcoming season.

Stassi Schroeder also lost most of her sponsors. Additionally, both her agent and PR team dropped her. It’s safe to say that it hasn’t been a good week for the Next Level Basic author. Now, Stassi’s family members are both making pleas on her behalf. They don’t the reality star to lose all of her jobs. Read on to lean more.

Per Us Weekly, Stassi Schroeder’s family is showing their support. The television personality’s mother, Dayna Schroeder, directed Vanderpump Rules fans to an online campaign called “Stand Up and Support Stassi.”

VPR fans took to Dayna’s Instagram account just days after Stassi came under fire for making racially insensitive comments in the past. They wanted Dayna to know that they have her daughter’s full support.

Dayna called Stassi’s firing “bulls***.” She also responded with a heart emoji. The social media page in question includes an online petition with the title, “Bravo to bring Stassi Schroeder and Kristen Doute back to Vanderpump Rules.” The Change.org petition currently has over 8,800 signatures. It’s highly unlikely if the petition will make an impact.

“This goes out to Lisa Vanderpump, Vanderpump Rules, Bravo TV, anyone that has been involved with Stassi getting fired,” the 15-year-old said on Tuesday night, June 9. “I want everyone to hear me out because my sister is one of the most loving people you will ever meet in your life. She deeply apologizes for what she said and I’m so desperate for her to succeed … I just want her to go as far as she can.”

Nikolai also asked Faith Stowers to give Stassi another chance to apologize. Earlier this month, she recalled a story about Kristen and Stassi calling the cops on her in 2018 for a crime she didn’t commit. Both reality stars issued their own public apologies, but never apologized directly to Faith.

Of course, fans question Stassi’s family’s motives. Everyone knows that Stassi and Dayna are not close. During Season 7 of Vanderpump Rules, Stassi’s mom embarrassed herself in front of her fiancé, Beau Clark.

What is clear though, is that Nikolai loves his older sister. But, VPR fans wonder if Dayna asked the young boy to post the video. Most aren’t convinced by Stassi’s family members. They accused her family of trying to ride off her coattails.

Keep in mind that Stassi lost many endorsement deals. Her life is unraveling before everyone’s eyes. Fans even wonder how Stassi and Beau will pay for their million-dollar home and destination wedding.

What are your thoughts? Do you think Stassi Schroeder’s family have her best interests in mind? Sound off below in the comments section.

And don’t forget to check back with TV Shows Ace for the latest news and updates on Stassi Schroeder.