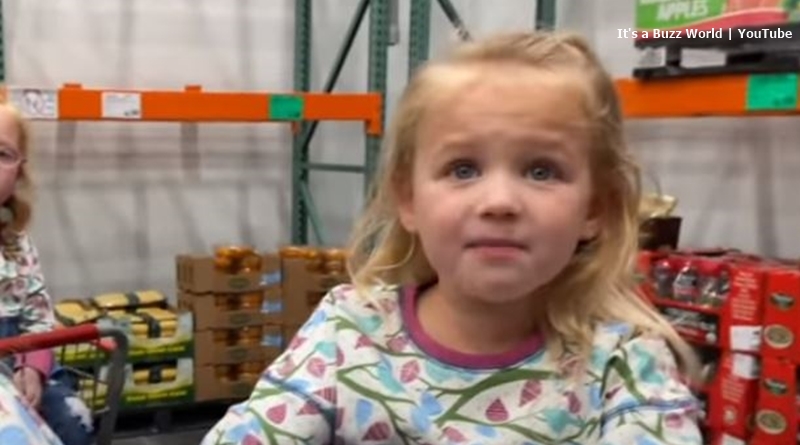 OutDaughtered dad, Adam Busby celebrated his birthday this week. The family went to Lake Charles, Louisiana, so he could celebrate with his family. Adam happily told his fans that he got a big sack of crawfish. At the moment, they seem rather scarce in Texas. Being Adam, he pranked the kids with them. But, fearless Riley just wanted to hold them.

Recently, Adam shared photos of the kids as they renovate part of their home. Hazel looked very cute dressed up like Bob The Builder. Riley, the leader of the quint pack took to it all with great gusto. Adam said that if he didn’t stop her bashing away at the wall, she’d demolish the whole house.  But, fans know that Riley never fears trying new things. In fact, she loves getting her hands on creepy-crawly things. Fans think that Riley might end up working with animals.

Riley goes through a stage where she hunts down, picks up, and seems fascinated by lizards and frogs. Recent photos of her on the OutDaughtered parents’ Instagrams show her delight whenever she finds a new animal. Mind you, initially, she seemed a bit wary of the crawfish that Adam showed the quints during his birthday week. But, soon, she started picking them up and frightening her sisters. Meanwhile, poor Parker, Hazel, and her other sisters seemed terribly unhappy with the creatures.

Adam pranks and scares the quints with crawfish, but Riley’s fascinated

Fans of the TLC show know that Adam Busby loves pranking kids. In fact, Halloween brings out the worst in him as he terrifies the kids and Beaux dog with scary things. Presented with a bag of wriggling crawfish, it seems that Adam couldn’t resist pranking the quints. Around the swimming pool, kid screams penetrated the air. But of course, Riley, after backing off warily soon told her dad she wanted to hold them.

Next, Riley scared the pants off her sisters. But later, Lulu got brave enough to take a closer look. Blayke didn’t get scared by Riley and calmly took it, then gave to back to her. But, the other quints didn’t like the creatures much at all. Obviously, the OutDaughtered dad looked forward to a nice big boil-up. But, judging by the reactions of the quints, perhaps not too many of them indulged in the feast.

You can take a look at the Instagram Stories video that Adam shared, below.

Nevertheless, it seems that Adam enjoyed his birthday very such as loads of fans sent him greetings and best wishes. He took the time after messing about with crawfish to thank all of them for their kind thoughts.

While Riley Busby wanted to hold the crawfish, her sisters certainly didn’t seem as keen on the idea. It looks like Riley starts sharing similar personality traits with her dad as she grows older. What did you think of the crawfish pranking? Sound off in the comments below.