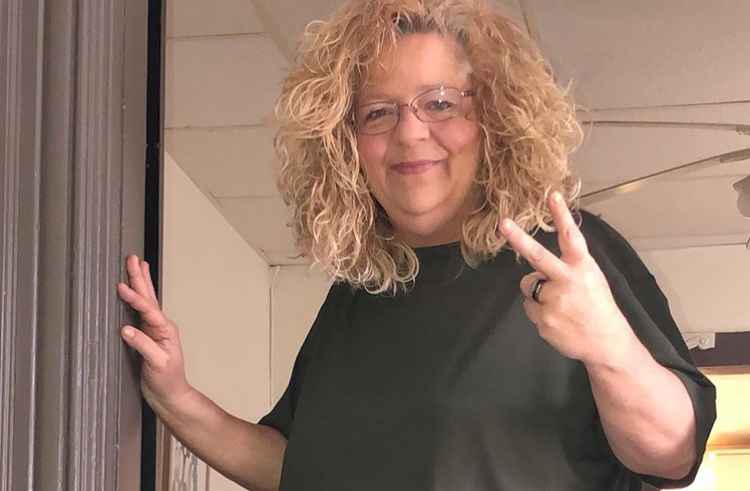 90 Day Fiancé star Lisa Hamme used the N-word on Usman Umar. This fact keeps coming back to bite her. The current “I Can’t Breathe” and “Black Lives Matter” protests worldwide don’t exactly help. Lisa had a press interview booked with comedian Trenton Davis. However, she was forced to cancel after TLC pulled the plug, The reason for this was her racist comment to Sojaboy.

Lisa was scheduled for an interview with comedian Trenton Davis via Instagram Live. Unfortunately, TLC cancelled the interview last minute. Her booking agent Rocco Straz broke the news shortly before the interview should have started via Instagram. Straz explains TLC will not allow Lisa to do the interview.

TLC’s decision comes in the wake of heat 90 Day Fiancé producers are catching over footage cut from the tell-all.

This footage shows Usman accusing Hamme of using the N-word on him. The Blast reports that during last month, several hours of footage leaked online. This was prior to the airing of the Tell-All segment.

What was in the missing footage?

In a part of the missing footage, host Shaun Robinson questions Lisa and Usman about the status of their relationship. Sojaboy reveals he and Lisa have been fighting. The 90 Day Fiancé star goes on to say the previous week, Lisa had called him a ni**er. Usman says he knows this is “totally inappropriate” in America. He does not notice it much anymore. Unfortunately, Usman is used to how Lisa behaves. For this reason, it does not anger him.

Usman also mentions at one stage that should he move to America with Lisa, he could be in danger. Umar knows how American police handle situations with blacks. He fears that it would just take Lisa losing her temper once and calling the police, for him to be in trouble.

Lisa doesn’t deny she used the racial slur and later apologizes to Usman. After this, the 90 Day Fiancé reality star contacts various media outlets to try and improve her image. This led to the canceled interview.

Many viewers noted the segment was missing from the Tell-All when it aired. TLC and producers had cut the footage from the show. The tell-all did not include the mentioning of the N-word. This was somewhat surprising, but TLC has hired Hamme to star in a 90 Day Fiancé spin-off show. It is starting to look like TLC deleting the footage was purely to protect Lisa.

TLC cutting the footage from the tell-all sent social media into a frenzy. Many fans slammed TLC’s actions. Shaun replies to one person’s question as to why she was quiet about Lisa’s use of the slur. It is “being handled as we speak,” she writes. Legally, not allowed to say more.

The 90 Day Fiancé: Before the 90 Days Tell-All aired in two parts on TLC. Part one aired on Sunday, June 7 while part two was aired on Monday, June 8. Many interesting truths did come out on the tell-all, however. This includes the fact that David Murphey had been in contact with Maria on a dating site while she was with Caesar.