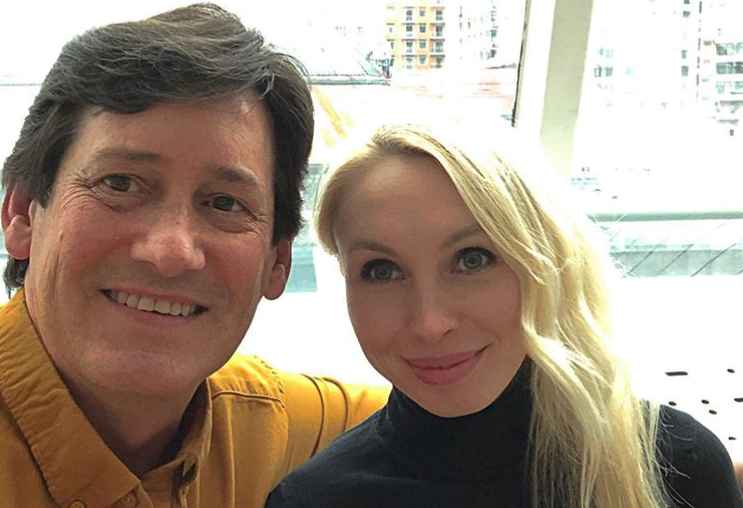 The 90 Day Fiancé: Before the 90 Days Tell-all brought up some interesting facts about the TLC reality stars. This includes David Murphey. As fans know, Murphey is fond of Slavic beauties. During the tell-all, David reveals he had met fellow 90 Day Fiancé star Maria before he appeared on the show.

Maria’s ex, Caesar Mack, makes a cameo on the virtual tell-all reunion. David says he and Ukrainian beauty Maria chatted on a dating site. He says this was around five years ago and he spoke with her for about 30 minutes. After speaking with Maria, David decides she was a “little more high maintenance” than he likes. That was it – they took it no further.

It is a small world when it comes to online dating. It turns out David was chatting to Maria at around the same time she was in touch with Caesar. Maria and Caesar starred in Season 3 of 90 Day Fiancé. The pair dates for around five years online before they finally meet in person. Fans got to watch Maria and Caesar’s doomed relationship throughout the season on 90 Day Fiancé. However, the couple doesn’t call it quits until the filming of the season was complete.

On the recent 90 Day Fiancé: Self-Quarantined, Caesar explained he had traveled to Ukraine to get closure in their relationship. He later put his relationship with Maria behind him and moved on.

Caesar can relate to David

Caesar’s experience with a Ukrainian beauty is similar to that of David and Lana. This is especially as Murphey seems to have ended his relationship with Lana. Because of this, Caesar was able to share some perspective with the Las Vegas resident.

David does reveal during the tell-all that he is still engaged to Lana. However, he also says they aren’t together and haven’t spoken for several days. Some people believe that as Lana has not left the dating website, this doesn’t sound promising for her relationship with David. Caesar advises that if Lana is not leaving the website, it is just a game for her.

David’s costars have the same attitude, including Big Ed Brown, who said the romance with Lana is just a business, a transaction. Ed tells David on the tell-all he does understand he loves Lana. However, he doesn’t understand how he could have tortured himself for seven years. He goes on to tell David he is being scammed.

90 Day Fiancé star David has to find out for himself

Despite everyone’s advice, it looks like David will have to find out for himself where their relationship stands. As noted by In Touch, at the moment, things don’t look good for David. However, Lana had said a couple of weeks ago that she wants the white picket fence and the simple life with him. Murphey says Lana loves the idea. Meanwhile, as of today, he thinks they are not together. He did tag on that this isn’t saying they won’t eventually be together. However, for now, they are apart.