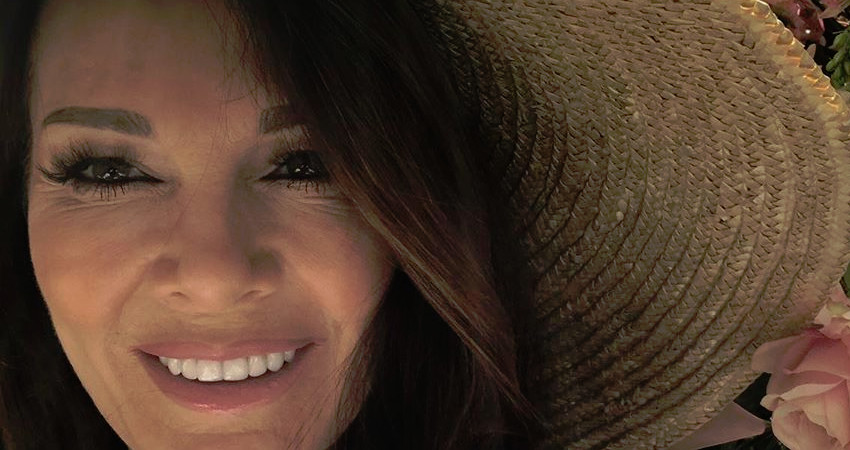 On Tuesday, May 9, four Bravolebrities were issued their walking papers by Bravo. VPR OGs Stassi Schroeder and Kristen Doute were among the stars let go. Newbies Max Boyens and Brett Caprioni will not return for another season either.

Lisa said last week during the Season 8 reunion that Max and Brett still have jobs, However, a week later, Bravo let the hammer drop.

Early in the season, racist tweets from Brett and Max were unearthed by fans. Despite the fan outcry, neither Bravo or Lisa did anything. Until now.

The final straw for Bravo was a shocking story by former VPR star Faith Stowers. She alleged during an interview last week that Stassi and Kristen once called the cops on Faith, wrongly accusing her of a crime.

The story actually came from Stassi’s mouth during a podcast a while back. However, for many fans, hearing Faith recount it was the first time they’d heard it.

Fans raged on Twitter over Bravo and Lisa’s complete silence. However, Bravo eventually cut all ties with Stassi, Kristen, Brett and Max.

Lisa took another day of silence before she responded to the firings.

As VPR fans know, Lisa is closer to Stassi than any of the other women in the cast. In fact, Stassi is best friends with Lisa’s daughter, Pandora. Kristen, on the other hand, is not Lisa’s favorite person.

Who can forget Lisa firing Kristen from SUR during Season 3 and the entire back kitchen cheering in celebration?

As fans clamored to hear from Lisa herself, she finally put out a statement about the firings on her social media account. In a long post on Instagram, Lisa writes that she is “saddened” by the behavior of the four VPR stars.

Lisa says that she couldn’t speak out until Bravo’s decision to fire the four. At the beginning of her statement, Lisa pleads ignorance to the “many things” brought up in the media this week.

In Lisa’s emotional statement, she notes that Vanderpump Rules is like family to her. Most have, she writes, worked with her for over a decade, Us Weekly reports.

However, she proclaims that VPR and her restaurants have a zero tolerance policy for racism, homophobia and other bad behavior.

At the end of her missive, Lisa encourages fans to be kinder to each other. Read her whole statement below.

Over the past two weeks, many things have been brought to my attention, of which I and many others were previously unaware. It was necessary for me to be quiet until now, until decisions had been made. Now I can freely speak from the heart. As we’ve seen such devastating sadness that has played out globally, we all have a part to play to create a kinder, more just society. My hope is for this generation to treat each other with respect and humanity, and realize that actions have; and should have, consequences. I love and adore our employees and I am deeply saddened by some of the lack of judgment that has been displayed. As many of you know, after watching me for 10 years, I have always been an equal rights activist and ally – my family, my businesses and I condemn all forms of cruelty, racism, homophobia, bigotry and unequal treatment. We’ve never tolerated it in the workplace or our lives.  While you only see a fraction of our employees on the show, a specific friend group, across all of our companies, we have always been a very diverse group of people – every color, ethnicity and sexual orientation.  Most of our employees have worked for us for over a decade, and we have become a family; one that embraces and celebrates each other’s differences. I am proud of the inclusive company that we’ve created. We will continue to embrace diversity as one of our greatest strengths, and I’m excited to give you deeper look into the multi-faceted fabric of our company in the future. The world needs to move forward with a kinder generation. Everybody deserves to feel safe, heard and appreciated in their communities. So much of what has transpired in the world is not right, fair or acceptable. We all have work to do to create a society we can be proud of and I hope as we venture forward, we strive to live in a world where kindness and compassion are our highest values. Thank you for listening, love Lisa

Even before Bravo let Stassi go from VPR, she was losing money. Several of her social media sponsors cut ties with her. Hours before Bravo’s statement about the firing, news broke that Stassi’s PR team and agent cut ties, too.

Other financial losses for Stassi include:

Despite her losses, sources tell Us Weekly that Stassi is not ‘mad’ at Lisa. The outlet reports that Stassi didn’t expect to get fired. But the Next Level Basic author doesn’t blame Lisa.

Fans will get one more chance to see Stassi, Kristen, Max and Brett on VPR. Part 3 of the Vanderpump Rules Season 8 reunion airs next Tuesday, June 16 on Bravo.

Blake Moynes FINALLY Meets The Main Man In Katie Thurston’s Life (VIDEO)
’LPBW’: Audrey Roloff Gets Lost In Her Feelings Over This Picture
See Mama June’s INCREDIBLE Transformation Since Ditching Geno Doak
Lori Loughlin One Step Closer To Returning To ‘When Calls The Heart’
Tori Spelling And Dean McDermott Divorce Rumors, Dean Has Excuses For Everything