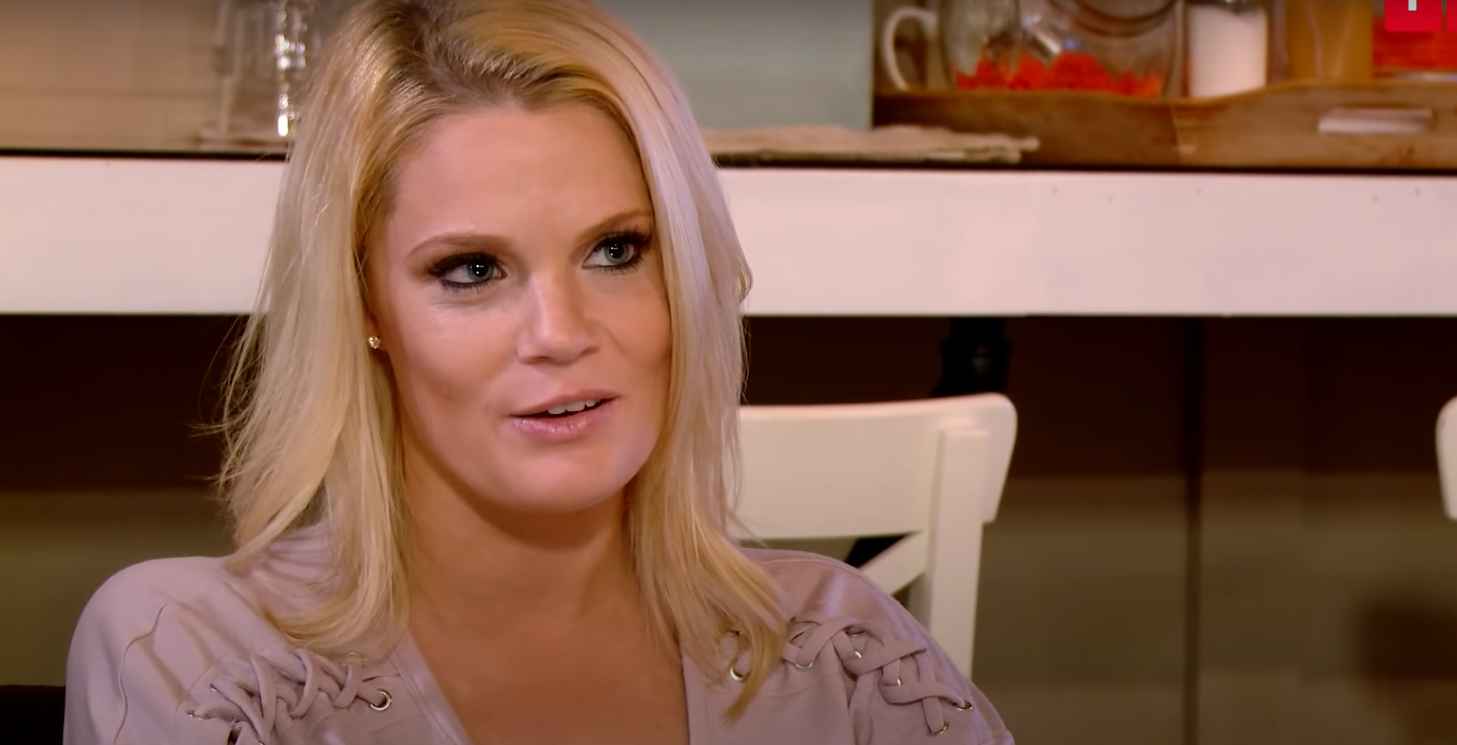 Over the past few days, Bravo has fired four Vanderpump Rules stars for making racist remarks. Ashley Martson, 33, has an opinion on it. She calls on Bravo to also fire Jax Taylor. This is over a racist remark Taylor made in the past about her Jamaican husband, 22-year-old Jay Smith.

Ashley Martson, 33, hits Instagram on Tuesday, June 9 to send a clear message to Bravo. In her caption, she writes, “Did y’all see bravo fired four cast members?” She continues her caption by asking @bravotv to not leave out Jax Taylor. Ashley claims Jax harassed her and Jay when their show first aired. The TLC reality star says if they don’t understand why she finds this racist, Bravo should watch her story. The 90 Day Fiancé alum adds the words, “Education is key.”

The image contained in Ashley’s post is a screenshot of a comment made by Jax Taylor. This is on one of her photos from 2018. In it, he references Jay’s nose. The Vanderpump Rules star writes on that post, “Your mans nose is the size of his head.”

Did y’all see bravo fired four cast members? Well @bravotv don’t leave out old Jax Taylor who harassed us when our show first aired. If you don’t understand why I find this racist please watch my story. Education is key.

In her Instagram Story, Martson goes on to explain how this comment was racist. She writes, “when your nose of my nose is referenced as large it’s probably just a large nose.” Ashley continues by writing black people have historically been compared to an ape or a monkey. She says this is meant to be derogatory.

Ashley continues by writing that “one of the most well known racial stereotypes is referencing a black person’s nose.” The 90 Day Fiancé alum says this again suggests it is similar to that of an ape.

In March this year, Ashley got back together with Jay, after a five-month split. After someone commented on her post, she says she’s happy to send any literature their way. The 90 Day Fiancé star says she can send information from history books. This would help people understand why a white person should never comment on the size of a black person’s nose or lips.

The call on Bravo by Ashley to fire Jax Taylor came hours after the TV network announced four of its cast members had been fired. They said they would not return to Vanderpump Rules next season. This was due to their past racist comments. Us Weekly reports those that have been fired are series regulars Stassi Schroeder and Kristen Doute. On top of this, newbies on the show, Max Boyens and Brett Caprioni, are also fired. This is amid the current Black Lives Matters protests.

Stassi Schroeder, 31, and Kristen Doute, 37, got into trouble earlier in the month. This is after former costar, Faith Stowers, said they called the police on her. The two women had falsely identified her as a female robbery suspect. The description was based on a photo showing her skin color and tattoos.

Both series regulars have since apologized for their actions. Schroeder says she is “filled with remorse and regret” for the hurt she had caused. Doute says privilege had blinded her from the reality of the treatment of the black community by law enforcement. She hadn’t realized how dangerous her actions could have been to Faith. However, according to an inside source, neither woman contacted Stowers directly to apologize to her.

The two Vanderpump Rules newbies, Boyen and Caprioni, got into trouble in January. This is after past tweets using racial slurs resurface. Both parties apologized at the time. They went on to apologize for a second time during the June 2 reunion episode of the show.

Jax Taylor is still a part of the Vanderpump Rules cast. But, Ashley thinks Bravo needs to let him go. However, it turns out he sends a tweet in December 2017. In it, he insults Faith. Despite the fact Jax had an affair with Faith in the past, he writes that she is a criminal.

This happened when a fan on Twitter asks if Stowers was to be a regular on the show. Jax Taylor wrote, “She’s wanted by the police for grand theft auto and ‘awol’ from military, bad idea to be on a reality show dude.” He ends it by writing, “Someone’s going to jail.”

Stowers speaks to the New York Post’s Page Six following the news of the firings. She says she feels vindicated. Faith says this is because Bravo was “able to see blatant racism and make these positive changes.”

The murder of George Floyd by a police officer is having repercussions worldwide. Black Lives Matters protests are happening in many countries. No doubt, 90 Day Fiancé star Ashley is hoping for change.

So, do you agree with the TV personality? Should Bravo fire Jax Taylor?