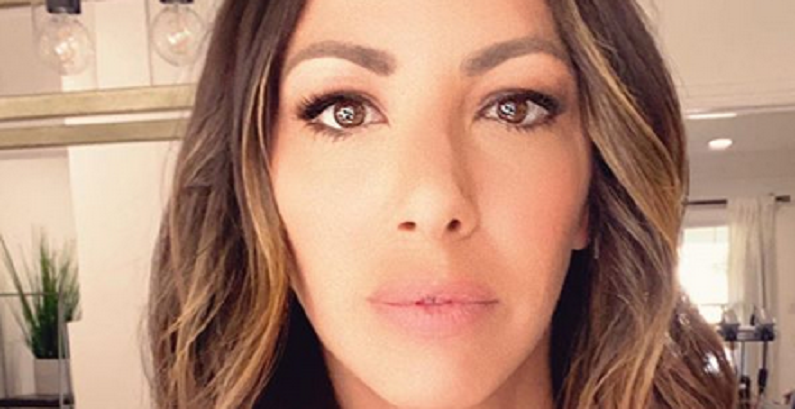 Kristen Doute issued a public apology on her Instagram page. This comes after Stassi Schroeder apologized to Faith Stowers and the black community about her “insensitive comments” on race. This also comes after a former Vanderpump Rules cast member revealed her experience on the Bravo show.

Fans slammed both women and called for them to be fired. #FireStassi has been trending on Twitter. Meanwhile, other fans called for the cancellation of the show. VPR has recently come under fire for its lack of diversity and casual racism among its cast. In light of recent issues, viewers are taking notice.

“I have been taking some time to really process what I’ve been seeing, feeling, and learning,” Kristen Doute wrote in a lengthy statement on Sunday, June 7. “And I need to address something specifically that happened a few years ago with my former castmate, Faith Stowers.”

Kristen revealed that she wasn’t aware of dangerous her actions were. Her privilege prevented her from learning about the rampant police brutality. The James Mae designer concluded her post by saying that she’s “ashamed, embarrassed, and incredibly sorry.” She promised her followers that she will “do better.”

Faith Stowers reveals her experience on the Bravo show

This comes after Faith’s Instagram Live chat, in which she revealed that Kristen Doute and Stassi Schroeder called the cops on her because they saw a photo of a black woman that looked like her. They accused her of drugging men and stealing their jewelry. The two members of the Witches of WeHo wanted revenge. As Vanderpump Rules fans rules remember, Faith slept with Jax when he dated Brittany.

“There was this article in the Daily Mail where there was an African American lady,” Stowers explained. “It was a weird photo, so she looked very light-skinned and had these different, weird tattoos. I guess this woman was robbing people. And they called the cops and said it was me. This is like, a true story. I heard this from, actually, Stassi during an interview.”

Kristen tweeted back in April 2018 that validated Faith’s story. The tweet went viral over the weekend and has been deleted. Additionally, Stassi proudly recalled the incident during a now-deleted episode of the B***h Bible podcast.

In her Instagram post, Stassi revealed that it was “important” for her to “continue to take accountability for what I have said and done, while pushing myself to do better.”

VPR fans aren’t happy with the public apologies. They feel that Kristen and Stassi should have apologized to Faith directly. One fan asked Faith whether the reality stars have reached out to her personally. She responded with a simple, “No they did not.”

Is it time for Vanderpump Rules to change?

Season 8 of the show has brought its share of drama. Fans agree the season differed greatly compared to last season. They didn’t like the new cast members. They also didn’t like the way that Katie Maloney-Schwartz and Stassi Schroeder treated Kristen Doute.

The eighth season finale also came on the heels of the #JusticeforScheana drama, per Vulture. The cast member received a cruel edit for the past two seasons, making her look boy crazy. One of the show’s editors appeared on a podcast and admitted that she went out of her way to make Scheana Shay look bad because the cast member wouldn’t befriend her.

She also revealed that she made Stassi Schroeder and Beau Clark look like the “special superheroes” of the show. As a result, fans have called for Vanderpump Rules cancellation for its lack of a storyline. But it looks like it needs to get cancelled considering its problems with race.

Brett Caprioni and Max Boyens getting called out for their history of racist tweets is when this all started. But, now that heat has been passed onto Stassi and Kristen. Are fans over the show? Possibly.

Do you think Kristen Doute is truly sorry? Sound off below in the comments section.