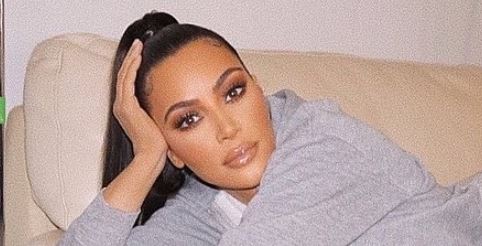 Kim Kardashian wishes her “King” Kanye West happy birthday because he was celebrating his 43rd. Kim posted on Instagram in a caption with snaps of her and Kanye, “Happy Birthday to my King.”

The married couple has been together for six years. In one of the slides, she thanked her husband for staying true to himself. Adding to another slide she says, “thank you for always being you and never letting the world change who you are!” “Life wouldn’t be the same without you!” Kim added, following up the sweet message with photos of the rapper with their 4-year-old son, Saint.

Happy Birthday to my King

Kim Kardashian isn’t the only one wishing Kanye a happy birthday. Kardashian’s mom Kris Jenner was up early wishing Kanye the best. “Happy Birthday @kanyewest!!” Jenner, 64, Tweeted. “You are an amazing son, father, husband, uncle, brother and friend… thank you for being such a special and important part of our family… I love you very much.”

Because Kanye is a favorite of Jenners the slide show included shots of West next to various family members. They included wife Kim, daughters North and Chicago, niece Dream Kardashian, sister-in-law Kylie Jenner and others. She also included pictures of herself and Kanye riding in and climbing on top of a tank.

Kris may be attempting to help her daughter Kim Kardashian and Kanye squash rumors. Because there’s been talk that the twosome may be on the brink of splitting up.

Spending A Birthday Giving Back

Before Kanye’s birthday, he spent some time back in his hometown of Chicago. West joined demonstrators in his hometown of Chicago. Because there is protesting happening against police brutality and systemic racism in the wake of the tragic death of George Floyd. In addition to marching in Chicago, the rapper established a 529 college savings plan to fully cover tuition for George Floyd’s 6-year-old daughter Gianna. A representative confirmed to People that Kanye donated $2 million to support families of and the legal funds for Ahmaud Arbery and Breonna Taylor.

Kim Kardashian issued her own statement in support of Black Lives Matter. The Keeping Up with the Kardashian star said, “For years, with every horrific murder of an innocent black man, woman, or child, I have always tried to find the right words to express my condolences and outrage, but the privilege I am afforded by the color of my skin has often left me feeling like this is not a fight that I can truly take on as my own.” Kim encouraged her followers to support a Color of Change petition (which called for the officers present at Floyd’s death in Minneapolis to be arrested and charged with murder).

You can watch Keeping Up With The Kardashians on E!