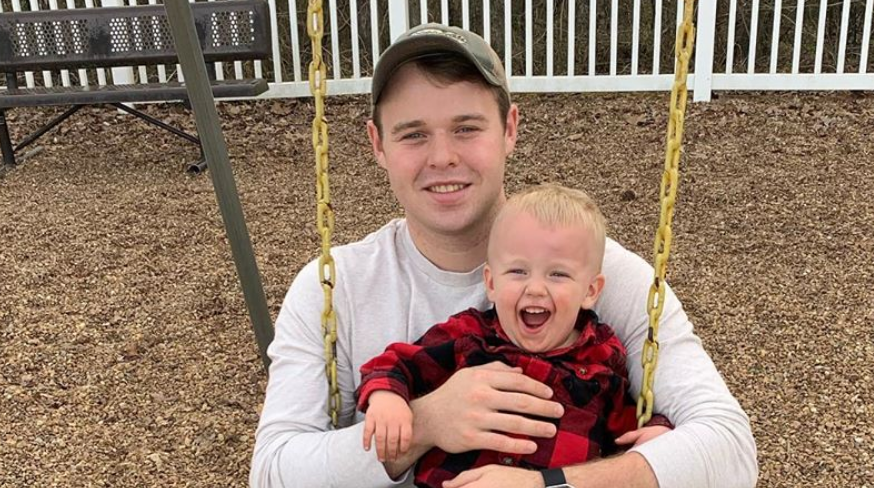 On Monday, June 8, Garrett Duggar turned two. Garrett is the son of Joe Duggar and Kendra Caldwell. He has a seven-month-old sister, Addison.

On social media, both Garrett’s parents and his grandparents shared about his big day. Joe and Kendra shared several photos of Garrett and wrote, “You are such a fun happy little guy! You surprise us with all you can say and do. You love to be outside and have the best belly laugh😆 We love you like crazy🥰”

Happiest 2nd birthday Garrett David💙🥳You are such a fun happy little guy! You surprise us with all you can say and do. You love to be outside and have the best belly laugh😆 We love you like crazy🥰 #Happybirthday #2ndbirthday #garrettdavidduggar

Happy 2nd birthday, Garrett! I don’t think there has ever been a day where that sweet smile has not lit up his little face! He brings sunshine wherever he goes, and is such a good big brother. 🤗☀️ Garrett’s easy-going nature reminds me so much of his daddy Joseph when he was young. Garrett, we love you so much!! 💙🎉

In a social media post, Joe and Kendra shared a couple of photos of Addison sitting in the grass. They reveal that she’s able to sit up on her own and that she has two teeth.

Joe and Kendra Duggar return to Counting On

In case you missed the news, Counting On is coming back to TLC. Joe and Kendra, as well as their kids, are featured in the promo photo and the preview. So, Duggar fans will get to see the young couple and their children very soon. The show is set to return on June 30. It promises several births. Also, Jeremy and Jinger Vuolo make a move out to Los Angeles, California. As always, the new season should be entertaining.

This season, Joy-Anna and Austin Forsyth won’t have their own storyline. So, they won’t be making much of an appearance on the family’s show. But, they will still appear in group settings, such as holidays. It’s unclear why they have opted out of the show, but at least fans will still see parts of their lives at those family gatherings.

So, what do you think of the birthday posts for Garrett? Leave a comment below.

Don’t miss Counting On on TLC on June 30. For the latest updates, check back with TV Shows Ace.

Tori Roloff Says Matt Is Very Controlling – Here’s Why
Danielle Busby Has Mixed Feelings As She Leaves Blayke Behind?
Michael And Angela Deem Milking Their Baby Issues On ’90 Day Fiance’?
Is Jessa Duggar Finally Going To Reveal Baby No. 4’s Gender?
‘Welcome To Plathville’ Season 3 Premiere Date & What To Expect