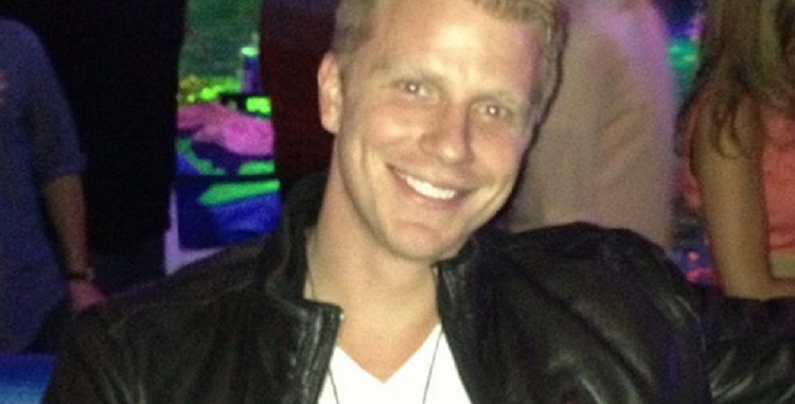 The Bachelor: The Most Unforgettable – Ever premiered on Monday night. The first episode chronicled Sean Lowe and Catherine Giudici’s love story. The former Bachelor had a good sense of humor about watching his season back. He admitted that he felt unforgettable watching himself kissing other women as his wife sat next to him.

Sean Lowe poked fun at his journey to love. On Monday night, he re-watched a condensed version of his season of The Bachelor with now-wife Catherine Giudici. Season 17 of the ABC franchise was the core focus of the reality show. The three-hour special documented Sean’s season of the ABC dating show.

Per Inquisitr, Sean Lowe broke his social media break to “roast” himself as he re-watched his season. The former reality star said it was only right since he previously roasted the other members of the Bachelor franchise for many years. Sean also revealed that he was watching his romantic encounters with his wife by his side.

“Watching this with Catherine. Please say a prayer for me,” Sean wrote. He then added, “This kiss thing was really awkward but not as awkward as watching it with my wife right now.”

In a later tweet, Sean told his followers, “So far I haven’t been stabbed by Catherine. Couldn’t be going better.” He also cracked a joke about his seven-year relationship with the woman who became his wife.

“I’m starting to think this Catherine girl has a chance,” he tweeted. Fans took to Sean’s tweets to rave over their couple’s relationship and how far they’ve come since his season aired in 2013.

Sean also took to Instagram to share a photo of him holding their 5-month-old daughter, Mia. In the caption, the father of three joked that he prays nightly that his kids won’t ever find out how mommy and daddy really met.

Sean Lowe and Catherine Guidici previously spoke to Us Weekly. She told the outlet that she will “of course” let their kids watch the television show, but an edited version.

“My kids have not seen the show [yet],” Catherine said. “We watch cartoons here and I am actually commissioning somebody to remove all the makeout scenes and all the dates with other women so that I can watch it without having an anxiety attack. They will watch that.”

She then added, “I want to watch it again.”

While the graphic designer still watches new seasons of The Bachelor, Sean jokingly said in July 2019 that he watches “old man” shows.

“Catherine will be watching The Bachelorette, and I’ll be upstairs watching something lame,” he shared. “Like, I just got done watching the Ken Burns Roosevelt documentary. Catherine makes fun of me all the time, but I like being a boring dad, I’m fine with it.”

Earlier this week, Catherine revealed she had low expectations when she joined The Bachelor. She thought she was on the show to simply “check a box” when it comes to her ethnicity. In a lengthy Instagram post, Catherine assumed she wasn’t Sean’s type, but ended up with a newfound faith and the love of her life.

Check back with TV Shows Ace for more updates on The Bachelor.