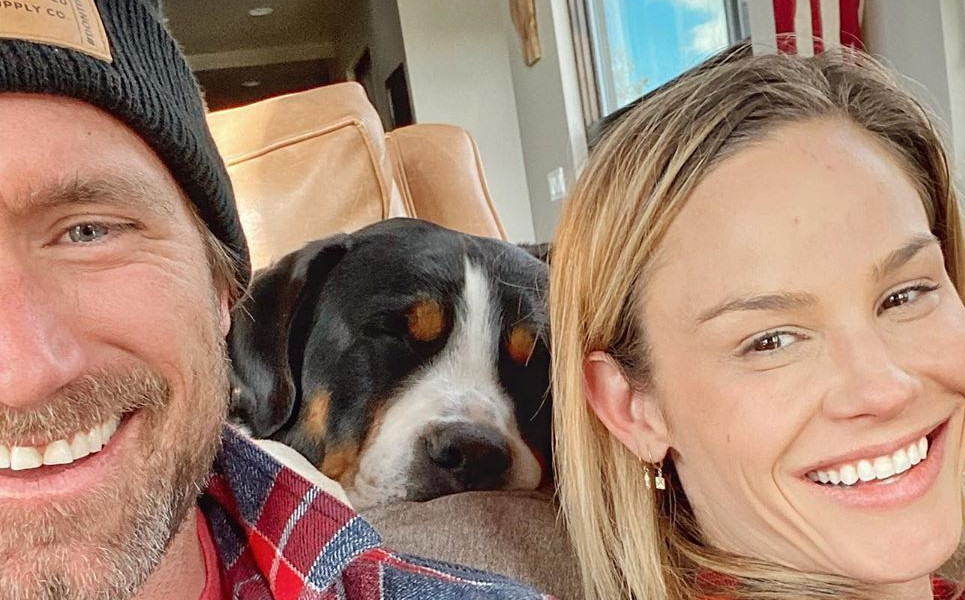 While Meghan enjoyed the great outdoors… Her ex, Jim Edmonds, held a late b-day party for their twin sons, Hart and Hayes. Meghan hosted a separate party for their sons’ second birthday earlier this week.

The former RHOC star went Instagram official with her first boyfriend after her split from ex-husband Jim Edmonds. Jim and Meghan split in October of 2019. They were unable to repair their marriage following Jim’s texting scandal earlier that year.

Meghan spent part of Memorial Day weekend with her new man in Utah. Her three children stayed with her ex for a few days.

She revealed on Instagram that she was with Christian again this weekend. Meghan posted two photos of her time in the great outdoors. In one photo, Christian and Meghan cuddle on a rock in front of a landscape so green and pure that it looks photoshopped. (It’s not.)

The other photo is just Meghan. She is standing in front of a lake, looking towards green mountains punctuated with patches of snow. She captions the shot, “She needs wide open spaces,” a reference to the Dixie Chicks song.

RHOC Star Jokes That She Found Herself ‘A Cowboy’

In addition to posting on her main Insta, Meghan also added a few photos of her time in Utah to her Instagram Stories. She shared one black-and-white photo of Christian looking straight at the camera. He’s wearing a white cowboy hat.

Meghan appropriately captions the photo, “Found me a cowboy.”

In another photo, Meghan and Christian are joined by two other people in a hot tub.

While Meghan was enjoying the wide open countryside of Utah, Jim celebrated Hayes and Hart’s second birthday. As mentioned, Meghan threw a party earlier this week. Jim was not in attendance.

US Weekly reports that Jim shared images on Instagram Stories of the twins splashing in his pool in St. Louis. Jim’s Instagram is set to private, but the magazine notes that the former couple’s daughter, Aspen, was there, too.

Meghan left RHOC after Season 12. Season 15 of The Real Housewives of Orange County will resume filming soon and air later this year on Bravo.