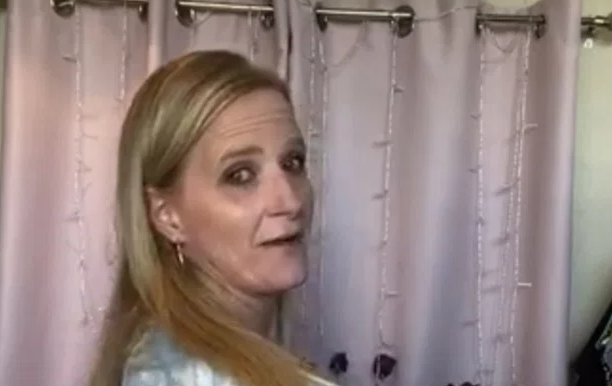 For those missing Sister Wives, Christine Brown has been extremely active on Facebook as of late. In fact, it is not uncommon for her to post every day. Sometimes multiple times a day. All Sister Wives fans have to do is join her LuLaRoe Facebook group. And then they can tune in to her frequent live broadcasts.

Things got a little steamy during her last broadcast

Sister Wives fans who find Christine Brown attractive will want to grab a drool bucket before looking at her latest Facebook Live broadcast. While the purpose of the video was to push some of her LuLaRoe products… She did so while flaunting herself in sexy bedroom ensembles.

“Complete outfit that I can go around town in, walk around, look super cute, come home, change it up a little bit and make dinner, change it up again… later, that’s it. That’s all I’m saying!” Christine said during the broadcast as she gushed about her sexy ensemble.

According to The Sun, many of her followers that tuned into the live broadcast were here for the gorgeous ensemble.

Christine Brown took the day off following her sexy show.

Perhaps flaunting herself in sexy bedroom ensembles was a bit exhausting for Christine. She made the decision to take a day off from promoting her products afterward. As The Sun confirms, Christine took to her Facebook group just a day later (on Sunday) to confirm taking the day off. 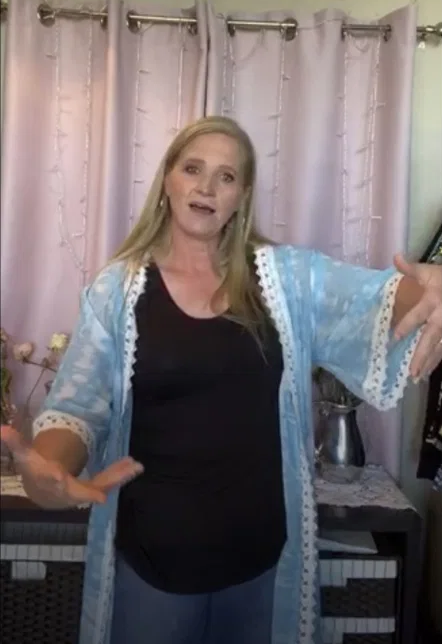 In the comments, her followers were very supportive of her taking the day off. They encouraged her to enjoy a little rest and relaxation.

Overall, her fans hoped she would do something to truly enjoy her time away from work. While they appreciated he work ethic, they want to make sure she’s enjoying life too.

Near the bottom of the comments, Christine Brown’s assistant (who helps manage the group and her sales) announced she also would not be working on Sunday.

Is she spending time with Kody Brown?

Rumors in the Sister Wives fan group swirl that Christine Brown has been seething with jealousy for her other sister wives on social media lately. It all started when she shared a snap of herself with noticeable weight loss after Meri Brown started going to the gym. Christine also made sure to share details about her recent date night with Kody despite fans assuming he spent quarantine locked up with Robyn.

Some wondered if she took the day off to spend it with Kody after showing off her sexy bedroom ensembles.

‘The Young And The Restless’ Spoilers, June 11-14: Summer Needs To Watch Her Back
‘Days Of Our Lives’ Two Week Ahead Spoilers: Xander Goes Too Far With Dr. Synder – Sets Up Another Salem WhoDunnit
Jeremy Vuolo Says He Risked His Life Over Rapids
Mike Youngquist’s Uncle Beau Gets Brutally Honest, Natalie Is A Slob
‘Seeking Sister Wife’: Sidian’s Ex-Wife’s GoFundMe, Troubled Past