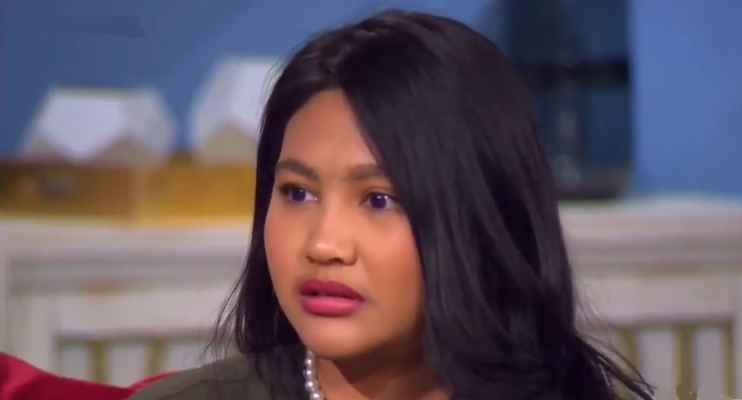 Leida Margaretha has never exactly been a fan favorite on the TLC reality show. She starred in Season 6 of 90 Day Fiancé with Eric Rosenbrook. Leida, 29, is from Jakarta, Indonesia and moved to the U.S. to be with Rosenbrook, 41. Margaretha has recently made posts condemning protesters which led to people on social media attacking her.

Leida Margaretha moved from Jakarta, Indonesia to America, to be with her fiancé, Eric Rosenbrook. Eric, a former Marine, has three daughters. Leida has a son.

Margaretha was never a fan-favorite on the TLC reality show. Fans did not approve when she married Eric. For one thing, she told Rosenbrook to stop paying child support. She also told him to kick his daughter out of her apartment. Fans also learned Leida tried to give away her own son. Not exactly what fans would call a motherly person. There were also rumors she was involved in a deadly street racing accident in Indonesia.

Following the protests relating to George Floyd’s death, Leida is in the news again. She made social media posts about them. She claims protesters are in the wrong. Her critics were quick to respond. Some accusations against the 90 Day Fiancé alum have been particularly shocking. The comment even surprises those who watch the show.

Through the feedback, allegations arose that she tried to get her ex-husband and his wife to adopt her young son.

Leida lives in Wisconsin with her husband, Eric and her son. However, the allegations against her come from her ex-husband’s wife. She claims Margaretha doesn’t care for her own son. This naturally led to even more criticism on social media.

Her now deleted Instagram Story really set people off. In the post, she addresses ongoing racism and the protests against police brutality.

Her comment did not surprise everyone. But, some thought it was a tone-deaf comment. And, it lacks in any form of compassion.

Leida doctors photos and cosplays. But, fans previously called out her claims of being an Indonesian doctor. Many speculate the claim was not true. Social media is really not her thing.

Margaretha goes on to post other images to her Instagram Story, including photos relating to looting. “Is looting justice?” She questions. Her followers called her out. Called her out for not understanding looting vs. protesting. Some accused her of being unintelligent. And, racist.

As reported by The Blast, Leida’s Instagram bio has attracted criticism in the past, where she proudly states #CONSERVATIVE FOR LIFE! 90 Day Fiancé fans may recall the first episode her husband, Rosenbrook appeared in. In that episode he says before he met Leida, he was ready to head off to “fight ISIS.”

It was when TLC reality star first arrived in the United States that she started fighting with her husband, telling him he should stop paying child support. She even suggested he should stop seeing his daughters. On top of all that, she had also demanded he give her an expensive wedding. When Eric said he couldn’t afford one, she became upset.

Fans of the latest season of 90 Day Fiancé: Beyond the 90 Days can catch up with the cast members. Sunday, June 7 saw part one of the show’s Tell-All. Part two will air on Monday, June 8 at 8 pm ET/PT.