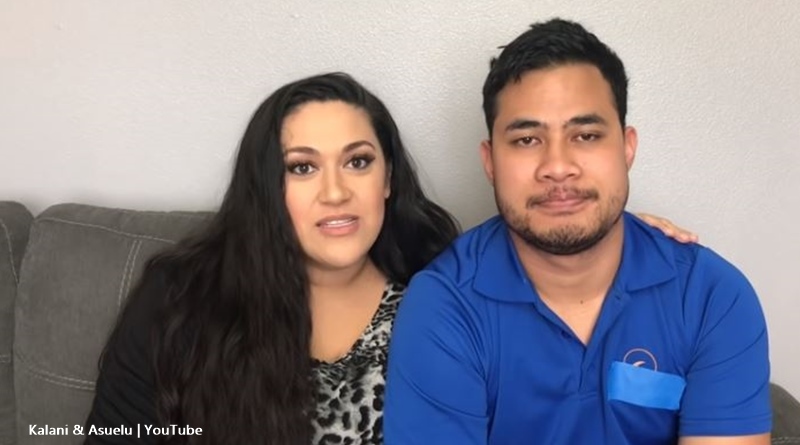 90 Day Fiance: Happily Ever After returns on June 14 and Kalani features with her kids and Asuelu. Fans first met the couple in Season 6 of the original show on TLC.  Some fans complain that Asuelu’s immature, but plenty of them love Kalani. Now, she won a few more brand-new fans, after blogger John Yates shared how she tries helping an abused woman in Samoa.

John Yates shared a couple of Kalani’s screenshots. In one, she said to her Samoan “friends” that she heard about a video that circulates. In it, a woman gets badly beaten by her husband after she found out he cheated. Incredibly, the family “recorded the video.” And, the kids all watched the beating take place. So, Kalani asked her fans to “please help…find out who he is.” Later, she shared in another post that she’ll even pay some money for info.

Kalani really hopes people share the story so she can help get the woman and the kids “out of there.” Blogger John wrote, “If anyone could help Kalani out please do so.” Naturally, 90 Day Fiance fans felt terribly saddened at the news. Many of them reported back that they shared the news on their Instagram Stories.

But, others saw a side to her they never recognized during the television show. One new fan wrote, “You knownwhat, Imma start following her! [sic].” Another fan noted that this is the reason she follows Kalani already. Fans appreciate her big heart.

Kalani in the upcoming Happily Ever After? Season

The news season of the show reveals Kalani and Asuelu expect their baby, Kenneth. In the first season, fans met Oliver. Now an adorable two-year-old boy, it certainly looks like the couple makes for great parents. In real life, Kenneth already turned one-year-old on May 9. But in the show, US Weekly noted that Asuelu heads into some dangerous territory after making light of the responsibilities of taking on another child.

In the past, fans on Instagram saw that Kalani complained Asuelu doesn’t help out around the house enough. So, when he said, “it’s not hard, you’re just looking after kids and cleaning the house,” he instantly walked into trouble with his wife. She disagreed and said that raising kids really ranks as one of life’s more “difficult” things. In the short 90 Day Fiance: Happily Ever After? trailer, she even wondered how long she could keep on producing kids.

We're revealing the first returning couple for the new season of #90DayFiance: Happily Ever After…Kalani and Asuelu! With family pressure and two babies to care for, is there trouble in paradise? The new season starts Sunday, June 14 at 8/7c. pic.twitter.com/gR6kYdXb4C

While some people think Kalani married a childlike person, she shows a huge heart. Fans thanked her for her efforts with the abused woman. One 90 Day Fiance follower wrote, “This is awful. Absolutely amazing on Kalani’s part though.♥️ YOU GO GIRL!” Actually, it seems really nice of her to go that extra step to help someone in need.

Do you agree? Sound off in the comments below.