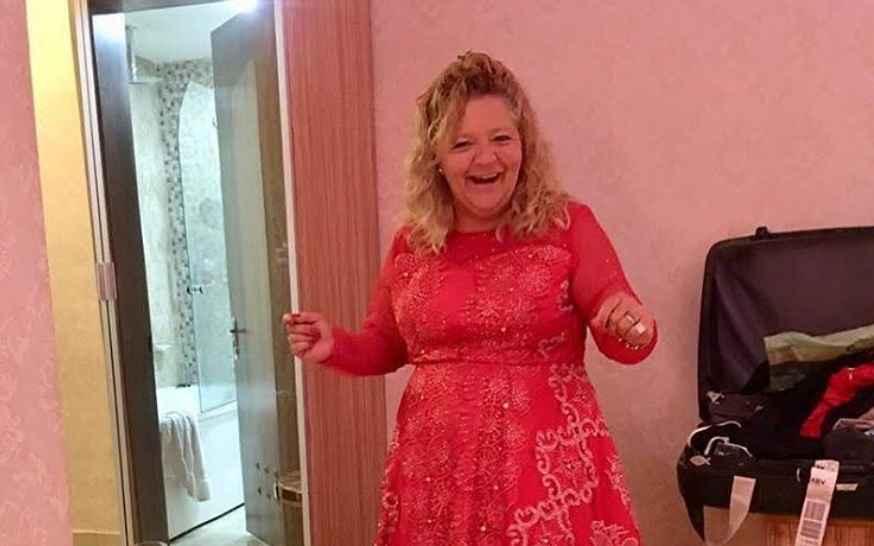 “Baby Girl” Lisa Hamme of 90 Day Fiancé: Beyond the 90 Days has been feeling the heat. This is since she admitted referring to Usman Umar using the N-word. This comes on top of all the other controversy between the American woman and the younger Nigerian man. In fact, Lisa feels so much heat she posts on Instagram to say she is donating money to the National Association for the Advancement of Colored People (NAACP). Meanwhile, her divorce from Sojaboy Usman looms.

Lisa Hamme posts to Instagram on Saturday to let her fans know she will be donating all proceeds from her Cameo videos to NAACP. Her caption reads, “Help support change.” Lisa asks her fans to book her on Cameo and she will donate all the proceeds to the NAACP Empowerment programs.

Her generosity no doubt comes after receiving so much heat over using the N-word to address Usman. In their report, The Blast refers to leaked footage from the upcoming Tell-All. In the clips, host Shaun Robinson questions the 90 Day Fiancé cast members about the latest status of their relationship.

Usman opens up about the controversial incident, saying “Lisa, last week you called me a n****r.” He goes on to say he knows this is “totally inappropriate” in America. He says she called him the N-word, but he doesn’t get angry over this as he is used to how she behaves.

On that point, Usman was interviewed by The Domenick Nati Show on June 1. In the show, Umar points out why he does not want to move to America with Lisa. He says if Lisa treats him like she does in Nigeria, what will happen in the States? Usman rightfully points out that police officers kill black people in America. He feels, being married to a white woman, this can only lead to problems. Usman says it would just take Lisa losing her temper and calling the police. The 90 Day Fiancé star believes this would most likely have a very negative outcome.

Lisa and Usman’s divorce is looming

Earlier this month, Lisa hit her Instagram Live to tell fans she is ending it with Usman. This came after viewers watched their wedding on the TLC reality show. While chatting with 90 Day Fiancé fans, Lisa accuses Usman of being a “romance scammer” and using her for fame.

In fact, Hamme says her husband has used TLC, his friends, family, and people across the world. Lisa goes on to apologize to everyone. She says she didn’t know her husband was so desperate to become a famous singer that he would use her and everyone else.

Usman was quick to respond. He writes despite the fact she has called him a “romance scammer” and constantly uses the N-word on him, he has still made it to this stage. He denies the allegations and shares a screenshot of Hamme sending him a text. In the text, it reads that Usman had been “warned.”

Apparently the divorce process in Nigeria is a little different from that in the US. However, no doubt fans will soon hear of their official parting. No doubt more will also be seen and heard in the 90 Day Fiancé: Before the 90 Days Tell All. Part one airs on TLC on Sunday, June 7 at 8 pm ET/PT, while part two will air on TLC on Monday, June 8 at 8 pm ET/PT.

‘Bold And The Beautiful’ Joe LoCicero Is Back As Vinny Walker But How?
Wait, Why Isn’t A New Episode Of ‘Extreme Sisters’ On?!
‘LPBW’ Tori Roloff Opens Up About Miscarriage, Hopes For Another Baby
New ‘Bachelor’ Couple Heads To ‘BIP’ Amid Alleged Dating Rumors
Emma And Alex Make A Dating Profile For Their ‘Bossy’ Sister Anna