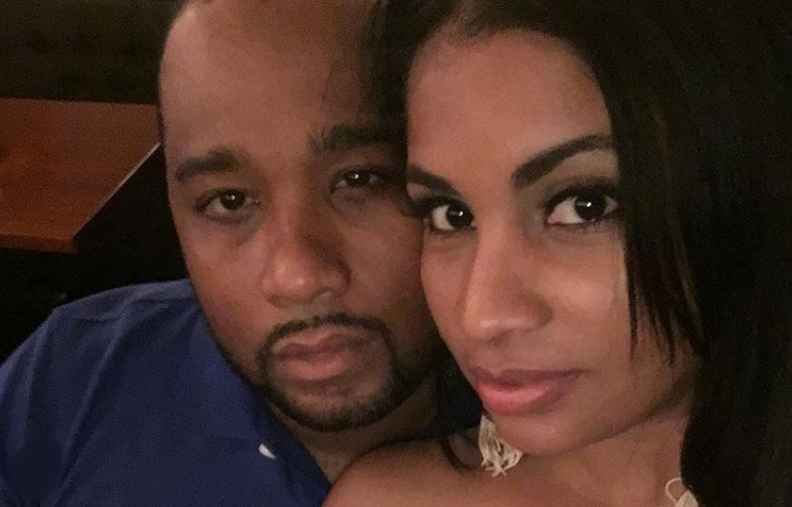 90 Day Fiancé star Robert has five children from other relationships, but he has custody of his son Bryson. With their own baby on the way, Anny gave an update on her pregnancy, while also saying she hopes to adopt Bryson. If all goes according to plan, this will likely happen.

Ever since she and Robert have been together, Anny has happily adopted the role of stepmother to his young son Bryson. Of his five children, Bryson is the only child Robert has full custody of and who lives with the couple full-time. Fans have been wondering how things have been going over Anny’s wish to adopt the young boy. In an Instagram Q&A, Anny tells 90 Day Fiancé fans this is something she very much wants to do.

In a post on June 3, Anny wrote that so far, she hasn’t been able to adopt Bryson. However, she says if she can adopt him, she will. Robert has previously commented on how grateful he is over the bond between Bryson and Anny. Meanwhile, Anny posted a beautiful image of herself, with her arm around the young boy, a few weeks after announcing her pregnancy.

Both Anny and Robert are thrilled with the idea of expanding their little family. Anny had said in the same post that her due date is now in August. The 90 Day Fiancé cast member had previously thought her baby girl was coming in July. A gender-reveal post on May 7 celebrates the fact that Anny and Robert’s baby will be a little princess. At that time, Anny gushed about how wonderful it feels to be a mother.

Anny wrote that she is so full of love for her baby. She continues by writing that even though the baby has not yet been born, she thinks of her every second and loves her so much. That post has some lovely images of Anny, Robert, and Bryson standing together with a gender reveal balloon, with a caption reading, “It’s a girl!”

: “I’m so happy to know that I’ll be having a princess! Knowing how it feels to be a mother is such a beautiful sentiment. I’m so full of love for my baby. You haven’t been born yet and I think of you every second, I love you”. #mamahappy #mibendicion #90dayfiance #pregnant ❤️ estoy tan feliz de saber voy a tener una princesa saber como se siente ser madre es un sentimiento tan lindo estoy tan llena de amor por mi bebe . Todavía no has nacido y te pienso cada segundo te amo 😍

As noted by In Touch, Robert is also looking forward to being a father for the sixth time! Five weeks ago, he posted a lovely image of Anny and Bryson, captioned “My beautiful wife my baby boy I love this photo peace and blessings to baby.”

More recently, Robert posted an image of a much younger Bryson on Instagram. His fans and followers were gushing over how cute the little guy was (and, of course, still is!).

Imagine what their Instagram accounts will be like once their baby girl is here! However, in the meantime fans will now have to be patient for Robert and Anny’s little princess to arrive in August.

In the meantime, while the final episode of 90 Day Fiancé: Before the 90 Days has come and gone, there is more to watch! Catch Season 2 of 90 Day Fiancé: The Other Way which debuts on Monday, June 8 at 9 pm ET/PT on TLC.

‘Below Deck Med’: Delaney Evans Still Loves To Play Dress-Up
Olivia Jade May Be Having A Tough Time In ‘DWTS’ Rehearsal Room
John And Abbie Duggar Share Rare Photo For Adorable Reason
Why Kim Kardashian Claims She Is Moving Out Of Her $60M Mansion
‘Live PD’ Dan Abrams And Sean “Sticks” Larkin Reunite For New Show