Stassi Schroeder is stepping out of the spotlight. Earlier this week, she announced that she will not release a new episode of “Straight Up With Stassi” amid the Black Lives Matter movement. There have been nationwide protests following the death of George Floyd. Stassi says she wants to educate herself better about the movement, especially since she made insensitive comments about it in the past.

This also comes after former Vanderpump Rules co-star Faith Stowers comments. Both Stassi and her former friend Kristen Doute faced backlash after Faith revealed her negative experience on the show as a black woman. In a recent interview, she revealed that Kristen and Stassi called the cops on her, accusing her of drugging and robbing men.

Stassi Schroeder takes a week off from her podcast

Per Reality Blurb, Stassi Schroeder revealed that she’s taken a week off from her “Straight Up With Stassi” podcast. She wants to hand over the podium to black women in lieu of recent events. Vanderpump Rules fans want Stassi and Kristen to apologize for their past actions. Stassi followed in the footsteps of her longtime friend and VPR co-star, Katie Maloney, by showing her support for black-owned businesses on her Instagram Stories. She also revealed that she’s willing to “listen” and “learn” from this experience.

“I am not posting a new episode of my podcast this week – instead I am creating space, taking a step back to listen and continue to learn,” Stassi wrote. “Check out a few of the black-owned businesses I am supporting and will continue to support.” 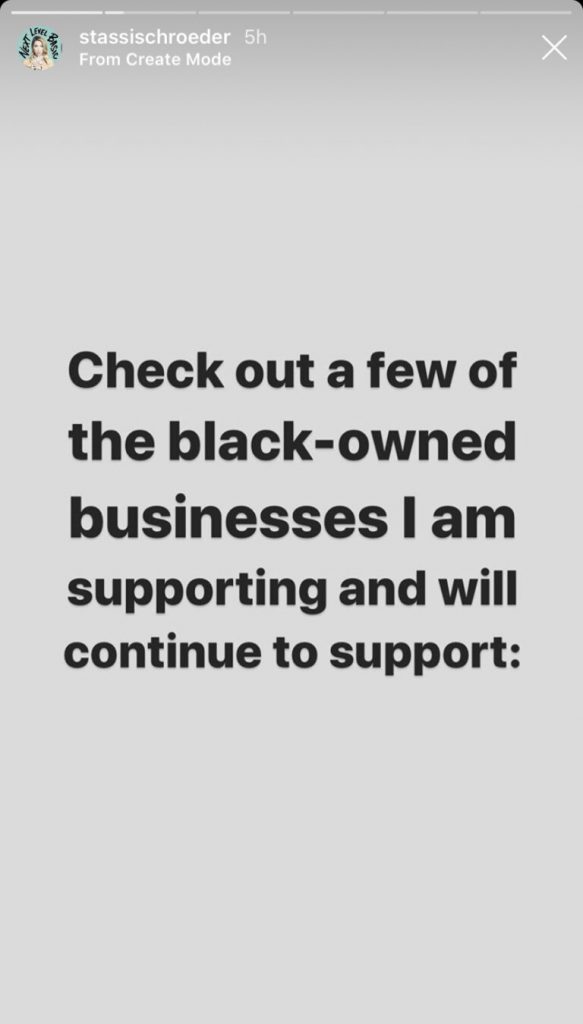 Stassi followed up with two additional posts on her Instagram Stories. She showed fashion and jewelry items she purchased from black-owned businesses. This comes after the tragic death of George Floyd, which occurred when a Minneapolis police officer knelt on his neck for nearly nine minutes. Protests have erupted around the world against police brutality and racial injustice.

However, Stassi is not the only one who’s speaking out about this matter. Several of her VPR co-stars, including Ariana Madix, Brittany Cartwright, Charli Burnett, Danica Dow, James Kennedy, Lala Kent, Raquel Leviss, and Scheana Shay have shared their support for the Black Lives Matter movement. They also encouraged their followers to learn and make change.

Stassi Schroeder lost endorsement deals following Faith’s comments. Per The Sun, several brands dropped the Next Level Basic author after Faith Stowers accused her of bullying and racism. The 31-year-old came under fire after her past came back to haunt her this week. Brands cut their ties with Stassi, which could be the real reason why she took a break from her podcast. If she has no sponsors, she has no podcast. Sponsors help keep her podcast running.

Shaving brand Billie told Us Weekly that the company is “ending all partnerships with anyone who isn’t supporting the fight against racism, including Stassi.” Additionally, vitamin brand Ritual said that it’s also cutting ties with Stassi.

“We were not aware of these actions (which is unacceptable on our part),” the company tweeted on Friday, June 5. “We have ended the partnership and will be doing more thorough diligence going forward.”

Faith revealed her experience as the only black co-star on Vanderpump Rules. In an Instagram Live conversation with Floribama Shore costar Candace Rice, she revealed that she didn’t have any confessional interviews. Faith felt her story as a black woman working in the military would’ve been fresh and different. But the show didn’t want that.

Neither Stassi Schroeder nor Kristen Doute have responded to Faith’s revelation.