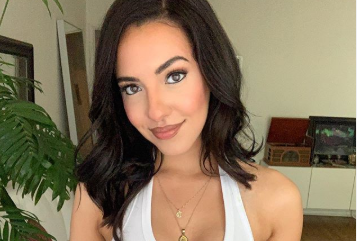 Charli Burnett of Vanderpump Rules has not been shy when it comes to calling out Jax Taylor. She came on as a full-time cast member last year and has made a name for herself. In a recent taping of the after show, she called him, “old grandpa,” saying he was her dad’s age. Charli said, “people get treated mean, nice people get nice.”

This didn’t sit well with forty-year-old Jax. He suggested on his Twitter if it weren’t for men over forty, she wouldn’t be able to survive in LA. Jax said, “know your role. Don’t throw rocks in glass houses.”

Charli Burnett Isn’t Backing Down From Her Opinion

After the tweet, Charli Burnett seemed to explain why she called him an old man according to Inquisitr. She said, “I have tons of respect for everyone on the show. You though… generalizing women’s roles and income sources in 2020 during an equality movement is why I don’t have respect for you.” She also said, she wasn’t his sweetie.

After Charli stood up to the cast, fans applauded her. These players including Lala Kent, Brittany Cartwright, Stassi Schroeder, and Kristen Doute.

Jax had previously gone after Charli on social media because she said she’d never tried pasta and felt food like that made people fat. Jax told her she was full of it and Lala called her a moron in agreement.

According to Reality Blurb Charli Burnett said he is only mean to her because he wants to bang her. She said, “he’s like the guy in high school who bullied you because he couldn’t be with you. And it’s like, dude, you have a great wife.”

She called out his lie about the strippers from his bachelor party and said it was boring. Charli said, “you’ve already embarrassed yourself on national TV. You lied and I’ve been told you stole sunglasses. Get it together. You are a moron.” Jax has been vocal about not caring for new cast members. It seems like it could be because they don’t like him.

About her co-stars Charli said, “All of those people, the OGs, the old grandpas, have blocked me on social media but yet drag me and talk about me nonstop. And when I see them in person, their lips are shut.” Charli’s fans tweeted their support after the reunion.

One said, “I have to say it made me so angry seeing the cast trying to silence you for speaking out against Jax on the reunion.”

Charli isn’t afraid to stand up for herself and is a cast member to watch. It will be interesting to see how her VPR story progresses.