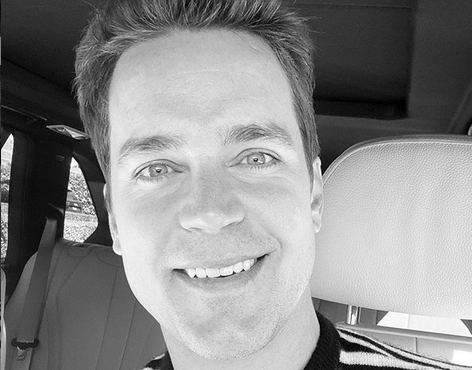 White Collar actor Matt Bomer wrote an exclusive essay for People. In which, he talks about his inspiration. The late Larry Kramer. Larry, an LGBTQ and AIDS activist, died of pneumonia at age of 64 on May 27, 2020.

In addition to his work to bring awareness to important causes, Larry wrote several plays and books. Matt describes Larry’s legacy in his essay.

Larry Kramer. I don’t have the words to properly express my gratitude, admiration , and love for you. Your writing was bold, courageous, and urgent. It educated, stirred people to action, and saved lives. A towering intellect and an amazing wit. My time with you is something I will treasure for the rest of my life. Rest In Peace my friend.

The White Collar star has been following Larry for years

Matt says that he first started reading Larry’s plays at age 14. He felt that he could relate to Larry’s story, as the playwright hid his sexuality in high school. Matt, who grew up in a conservative Christian town in Texas, didn’t come out as gay until he was in his thirties. Because of Larry’s strong voice, reading these plays encouraged Matt to be himself.

The White Collar star finally met his role model in 2015. Matt was cast as Felix Turner in the movie version Larry’s play, The Normal Heart. To make sure that Matt was a good fit for the role, Larry invited the actor to his apartment. Matt notes that the apartment was full of Larry’s writings. He also mentions Larry’s exuberant personality. Matt writes, “It’s not often that you meet your hero and they supersede your unreasonable expectations. I saw Larry’s sense of humor; his curiosity, his tenderness and heart.” Matt immediately loved this activist and playwright.

According to the White Collar star, Larry played a role in many people’s lives, especially those in the LGBTQ community. Matt writes, “He’s an icon. He was a trailblazer. Larry saved countless lives and inspired me — and hopefully many generations to come — to take pride in who we are.” He points out that Larry believed that it’s not enough for people to simply speak out for causes they believe in. Larry told followers that in order to make a difference, they must take action.

Matt says that Larry inspired him to be proud of who he is. Larry taught the White Collar actor the importance of being present in one’s community and helping others. Furthermore, he encouraged Matt and other fans to love themselves and take care of their physical and mental health.

In addition to encouraging people, Larry educated his followers on issues like AIDS. One way he did this was through his plays. For example, Larry’s play, The Normal Heart, is about AIDS and the gay community. In it, he simplified the epidemic in a way that anybody could understand it. This is what led White Collar star Matt to audition for a role in the film version of this play.

Did Larry’s works impact you like they did Matt? Feel free to share your thoughts in the comments.