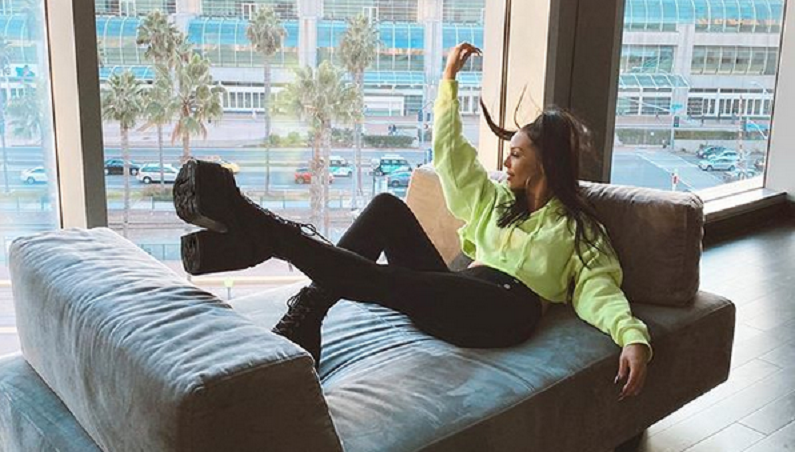 Scheana Shay understands Kristen Doute’s hookup with Max Boyens. She’s defending her friend after the shocking revelation from earlier this week. On part one of the Vanderpump Rules Season 8 reunion, Max made an admission that had jaws dropping. He secretly hooked up with Kristen Doute after filming ended.

Based on the shocked reactions, no one in the VPR cast knew about the hookup. The surprise led to an explosive virtual confrontation between Kristen and her former friend Stassi Schroeder. She feels that Kristen betrayed her friendship with Dayna Kathan, who was also interested in Max. But Scheana feels that Stassi is being too hard on Kristen.

Scheana Shay used the recent episode of her “Scheananigans” podcast to show some support for Kristen Doute. She even encouraged her listeners to purchase Kristen’s new book, He’s Making You Crazy. Scheana had nothing bad to say about her fellow VPR cast member.

“The reunion … was not good for her,” Scheana revealed, per Us Weekly. “She got a lot of s*** that I don’t think she deserved. She was a single girl last year. Max was a single guy last year.”

Kristen and Max hooked up not once, but twice. Fans learned during the Tuesday, June 2 reunion that Max and Kristen hooked up during the fall. Stassi accused the former SUR-ver of “pretending” to be friends with Dayna, who dated Max during the season. During her podcast, Scheana joked that she was tempted to play a “drinking game” every time one of her castmates said the phrase “on brand.”

Stassi first used the word to call Kristen’s action “so f***ing on-brand.” She addressed her former best friend sleeping with her ex-boyfriend Jax Taylor during Season 2. It was around the same time that the 40-year-old bartender tried to win Stassi back. Additionally, Kristen was dating Tom Sandoval during the time.

She thought it was a joke at first, but later she found out the truth. Scheana wishes that Dayna would date someone else.

“I’m like, ‘Get your own people. Why are you picking every single person [from my life]?” Scheana pondered.

‘LPBW’: Pregnant Isabel Roloff SLAMMED For Being A Hypocrite
Carlin Bates DRAGGED For Making Everything About Herself
Jen Arnold Shares Pampered Pics Of Zoey On 10th Birthday
Kendra Duggar Pregnant Again?! Caldwell Family Drops Clues
Scott Disick Is No Longer Keeping Up With Any Of The Kardashians