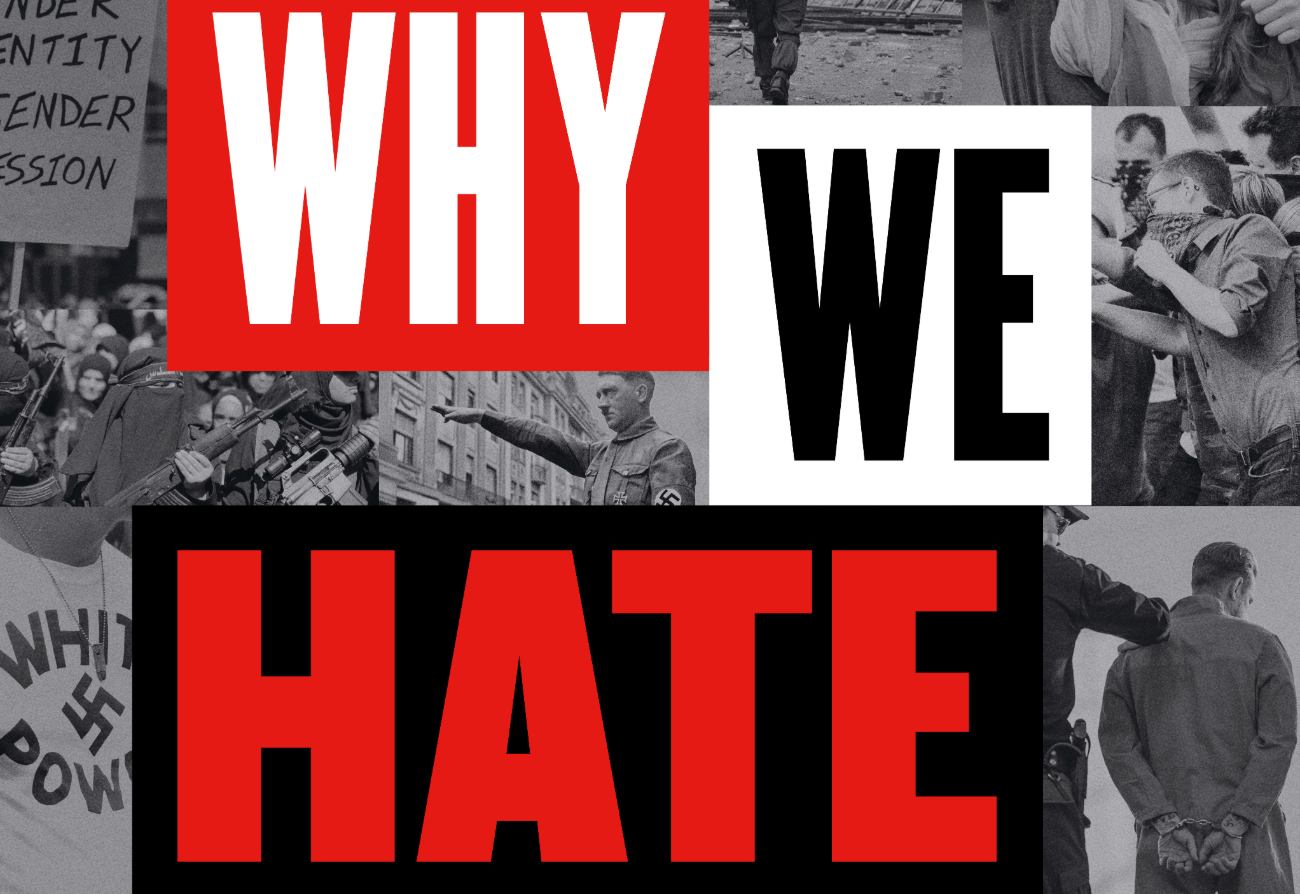 The recent events that have lead to unprecedented civil unrest and protests has many people trying to explain the reasonings for it all to their children. Science Channel is re-airing a critically acclaimed series on Saturday that you can record and use for a excellent homeschooling lesson.

There is real science behind the primal human emotion of hatred.

Executive produced by filmmaking heavyweights Alex Gibney and Steven Spielberg and directed by Geeta Gandbhir and Sam Pollard, the docuseries explores one of humanity’s most destructive emotions.

Ther goal is to educate people to understand their own minds, in a bid to find ways to work against hate and keep it from spreading.

“Throughout history, hate and conflict have been part of the human experience. From horrific extremes such as the Holocaust or the Rwandan genocide, when hate has fueled mass destruction, to everyday incidents like playground bullying or malicious trolling on social media, hate shapes our lives in myriad ways. And while all humans have the capacity to hate, few understand what sparks it and transforms it into a destructive force.”

About the Why We Hate docuseries

The undertaking of this series from award-winning executive producers Steven Spielberg and documentary filmmaker Alex Gibney (Going Clear: Scientology and the Prison of Belief), Discovery’s docuseries Why We Hate is an academic unraveling of the reason we humans have these hateful feelings, and how these destructive intentions can spiral out of control.

In each hour-long episode, directors Geeta Gandbhir and Sam Pollard (Hurricane Katrina doc When the Levees Broke) interview experts and key players in the science of human behavior, examining the extremist’s psyche, and revealing how demagogues use dog whistle terminology and phrasing and gaslighting tactics such as dehumanization of “the other” to build momentum in their end goals of stirring hatred.

This is leverage in their bid to build a greater political unrest, as they solidify oppression and sanction the whipped up violence used against the perceived enemy.

This series will help to illuminate why a seemingly normal person can be driven to hate to the point of grave injurious behaviors, as we try to understand how the monstrous traits in humanity are unleashed and grow unchecked. This is how the inexplicable acts such as genocide are created and nurtured, when we wonder how something so monumentally hateful can be wrought by one human against another.

The filmmakers call upon several scientific disciplines, using examples around the word to avoid any sort of stereotyping.

They take us to Myanmar (Burma) and Colombia, examples of nations bitterly divided. They also show an American man who now works to reform white supremacists.

“Drawing on cutting-edge journalism, deep historical investigations and ground-breaking research in psychology, biology and neuroscience, Why We Hate traces the evolutionary basis of hatred and its powerful impact on individuals and societies throughout human history. The science behind the behavior is a powerful tool to help us understand what drives conflict, enabling people to have real, tough conversations about these issues and behaviors.

Viewers can also check out the entire series on DGO. It will also be available on the sister Discovery network, Animal Planet.

Why We Hate will air from 10 AM to 4 PM ET/PT on Saturday, June 6 on Science Channel.