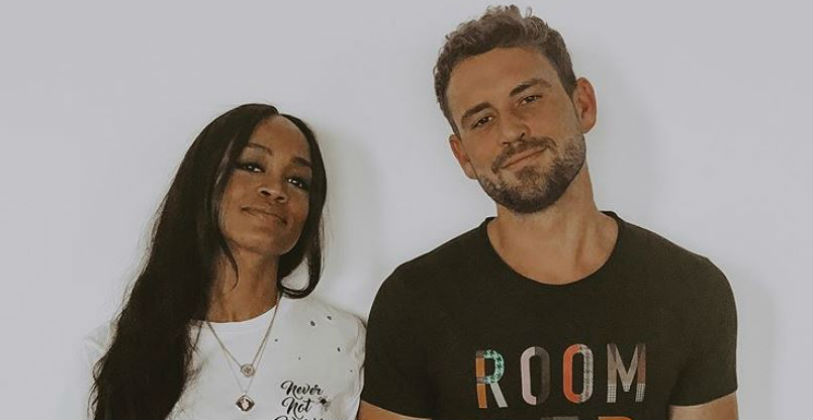 Former Bachelor Nick Viall is speaking out about an incident he was involved in approximately ten years ago. He says police officers took him into custody. He believes they only let him go because of his race. Check out Nick’s full story below.

Nick talks about how he came to be detained

US Weekly shared details about what the Viall Files podcast host had to say. Nick refers back to an incident he was involved with while living in Milwaukee. Nick talks about the first and only time he was placed under arrest. Although he does clarify he was told he was under arrest, but technically he was just detained.

Nick, his best friend and their respective girlfriends were out partying one evening. He mentioned that his friend is very social and tends to wander off at times. Nick believes Milwaukee still faced  segregation back then. He thinks especially on Water Street where the foursome were partying.

He continued saying, “We’re leaving the bar, and I’m with my girlfriend and his girlfriend, and all of a sudden we lose him. We’re outside and it’s, like, chaotic. There’s cops on horses, and the first thing you do when you walk outside of the bar is you see this giant horse. You’ve had a few drinks, you want to, like, look at the horse and touch the horse, and the cops are like, ‘Don’t touch the horse!’ I’m like, ‘Well, why are you right in our face?’ So there’s a lot of confusion, and people are drinking and drunk.”

He said being white saved him from being booked, thrown in jail

Nick said he decided to call his friend in an attempt to locate him. The cop yells at him to get out here. He replied with he would as soon as he grabs his friend. The cop then allegedly made a beeline over to him and place him under arrest. Nick went on to explain the police officer placed him in a van with about 15 other guys. He said there was only one other white individual.

Nick continued his story saying, “It was so clear to me at the time that what he meant was because I’m white, and it was so obvious. And he said it to me in a way, and I remember being, like, so offended by him saying that, because he said it to me as if I would acknowledge what he said, being like, ‘Yeah, why are you arresting me?’ Like I would agree with him,” he said. “It was just such an eye-opening moment. Like, holy s–t, this stuff still goes on. There’s no doubt in my mind that the only reason I was let off that night was because I was white.”

There has been a lot of Bachelor alum speaking up in outrage because of the alleged killing of George Floyd. Hannah Brown has been speaking out after her own controversy happened a few weeks ago. Hannah said the N-word on Instagram live and has since vowed to educate herself on why it’s inappropriate.

Stay tuned for more news on all your favorite Bachelor alums.