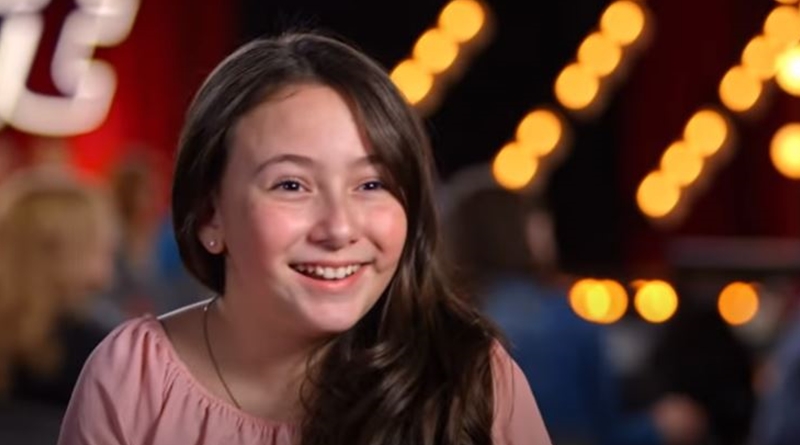 America’s Got Talent filled the void when American Idol came to an end. Actually, some fans prefer AGT as it brings a wider range of talent than Idol. But once again, a singing act brought the house down and got a coveted golden buzzer. This time, fans saw Roberta Battaglia, just 10-years-old sing her heart out. She performed Lady Gaga and Bradley Cooper’s song Shallow.

America’s Got Talent – Lots of it, judging by golden buzzers so far

Right from the premiere, performers on the show impressed fans and judges alike. The season seems chock-full of excellent performances. Saving the best for last in the premiere, the Voices of Our City Choir got a standing ovation. Smiles came from Simon Cowell and a golden buzzer came from Terry Crews. The rather sad backstory about homelessness touched a lot of people. But it takes more than a sob-story for the win.

While the latest golden buzzer winner mentioned bullying, Roberta Battaglia took the house down with raw talent, fans think. HuffPost noted that “no amount of tears or stage fright could hide this 10-year-old’s pure voice.” Roberta looked terribly nervous. She needed a glass of water and reassurance from the host, Terry. However, she belted out her number like a pro. Tears came after her performance. But, with an enthusiastic response from America’s Got Talent judge,  Sofia Vergara, who wouldn’t shed a few?

Ahead of her performance, Roberta told Terry her talent comes from her dad. She said that her interest in signing started at about the age of three. It helped that his job as a “radio station engineer” exposed her to music. He also sang in restaurants, and as a little child, she’d pick up the mic and sing sometimes. Just before she sang, her dad contacted her on her phone and wished her all the best. On stage, Howie Mandel stood up and yelled with joy as she told them she came from Toronto, Canada.

Showing her young age, when asked what she’ll do if she wins, Roberta told the America’s Got Talent panel she’d buy her dog a “girlfriend.” Obviously nervous, Simon Cowell talked about her dog for a bit, and she looked a bit less stressed. But then, she started crying a bit. Simon arranged some water, and commented on how tiny she is. But then she started singing and transformed into a star. Simon shut his eyes and just listened. When she hit the high notes, the audience erupted.

The comments came thick and fast on the YouTube post. People couldn’t believe her mature voice came from such a young girl. One fan noted, “If you close your eyes while she’s singing, she doesn’t sound like 10 years old at all.” One amazed fan wrote, “She was born in 2010….what am I doing with my life?” Others enjoyed her sense of humor. Asked about crying after the song, she just said that her “eyes are sweating.”

Howie described it as an “unbelievable” moment. Simon gave her a double thumbs-up: high praise indeed from the sometimes harsh America’s Got Talent judge. After mentioning that she gets bullied, Sofia Vergara asked “let’s see who’s going to bully you after this?” as she hit the golden buzzer.

What did you think of the performance of Lady Gaga’s song Shallow by Roberta Battaglia? Sound off in the comments below.

Matt James Of ‘The Bachelor’ Asks ‘Is Love Enough?’
How Did The Deaf Community React To Abigail Heringer?
‘Married at First Sight’: Paige Faces Off with Chris and His Ex
Who Is Running The TikTok Account That Revealed Matt James Working Retail?
‘General Hospital’ Alum John Stamos Heads To Disney+ As A Basketball Coach