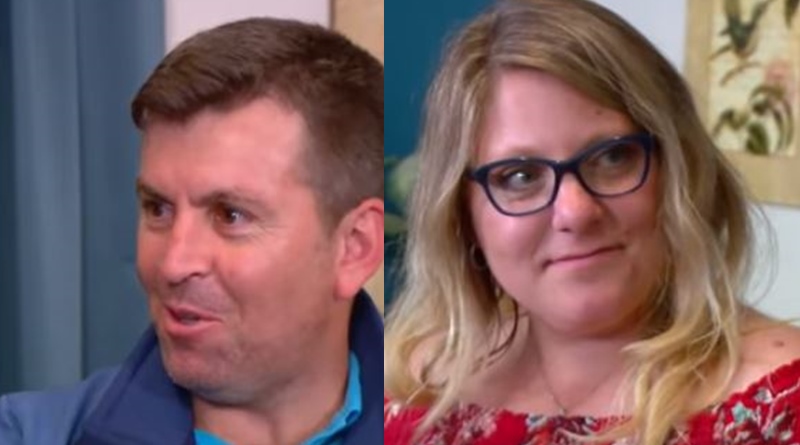 90 Day Fiance, Season 7 brought the unlikely couple, Anna Campisi and Mursel to TLC. Mursel came from Turkey and couldn’t speak much English at all. Most of their episodes showed them communicating with a ghastly translation app that even Anna hated. However, they ended up married and seem happy. Now, Anna shared a warning that someone made a fake Facebook account for Mursel.

Taking to Instagram on Wednesday, Anna shared her concern about someone impersonating Mursel on Facebook. She shared a screenshot of the account. Her caption read, “If anyone on Facebook gets contacted from this account it’s fake!!” Next, she explained that Mursel’s real account shows a picture of bees. Then she asked fans for help, noting, “Please help us report this account.” She said that they don’t only “pretend” that they’re Mursel, but they also contact people close to them.

90 Day Fiance fans went over to the account on Facebook and reported it. Others chipped in their thoughts. One follower wrote, “I’m sorry people are freaking nuts. Makes no sense.” Another one wrote, “I don’t understand why people make fake accounts, they need to get a life.”  Then, one fan noted, “Wow, that’s awful. Hope you get them shut down.” But many replies came in Turkish, so it seems Mursel’s got a lot of home-based fans.

If anyone on Facebook gets contacted from this account it’s fake!! Mursels account has him with bees. Please help us report this account. They are pretending to be Mursel…even contacting people close to us. #90dayfiance

Mursel and Anna fell in love because they both love bees. They make some nice-looking products and Anna often shares recipes. But, fans thought their relationship was doomed as they watched painful scenes with that translation app. After the show, Anna admitted easier ones got tossed aside by TLC, and she described it as “ridiculous.”

The 90 Day Fiance show made out that Mursel spoke almost no English at all. But Starcasm noted his real Facebook page showed his education in the USA. While they never spoiled the outcome on the show, his Facebook page showed in September that he lived in Nebraska. They actually married and nowadays looked very happy together. Fans enjoy Anna’s business page on Facebook  Certainly, if you’re into natural honey products and delicious Turkish recipes, you’ll probably enjoy it.

The fake account and Mursel’s real account on Facebook show the same background image. He stands high up in the hills overlooking the ocean. But, the fake account also shows a photo of Mursel and Anna. On the real account, it shows Mursel holding up a honey screen with some bees on it.

It’s not clear why someone would make a fake 90 Day Fiance account. But sometimes, TLC stars complain that the owners make embarrassing requests for donations. Basically, fans end up conned by scammers.