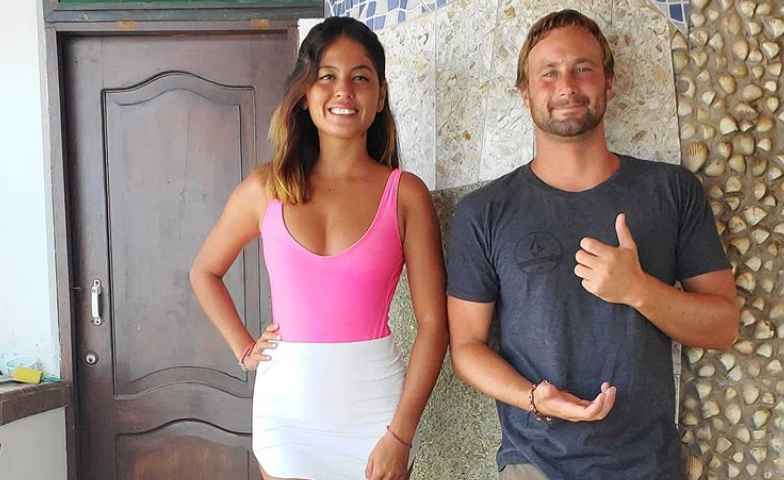 Corey Rathgeber and his fiancé, Evelin Villegas have had several problems during their time on 90 Day Fiancé. Now, while quarantining together in Ecuador, another problem rears its head. This has led to an all-out fight between Corey and Evelin. This is over the fact Corey had been hanging out with another woman in Peru.

Corey and Evelin of 90 Day Fiancé trouble in paradise

Corey and Evelyn are self-quarantining together in her hometown of Engabao, Ecuador. The couple is currently starring in the TLC limited spin off series, 90 Day Fiancé: Self-Quarantined.

Evelin, 28, tells the camera Corey, 33, has been “hanging out with some girl.” She says she finds pictures of Corey, but also finds a woman’s shampoo. Evelin describes it as an “intimate shampoo” a woman would use for her “intimate parts.” She adds she went “crazy, crazy on him.”

Corey and Evelin continue fighting over this incident. This has led to Corey sleeping alone, despite the fact they are quarantining together. According to Evelin, if it wasn’t for the quarantine, Corey would be gone.

Corey Rathgeber and the other woman

It turns out Corey met the other woman while on a solo trip to Peru. This was shortly before lock down was imposed in Ecuador. Evelin describes Corey as being in “full-on single-mode” while on his Peru vacation. Meanwhile, Corey admits to meeting the other woman.

Rathgeber opens up about it in a confessional, admitting his feelings are torn. He needs to choose whether to move forward with the other girl or work through his issues with Evelin. Corey admits the other girl is beautiful and has a good heart, so now he is stuck with a decision. Does he see how things go with the other woman?

The TLC reality star wants to know if Evelin is truly the one for him? He wants to know if, in her heart, she does still want to marry him. And if yes, does Evelin want to be married to him forever? Corey needs to know the answers to these questions, or he may need to move on.

Corey and Evelin on 90 Day Fiancé: The Other Way

Fans first meet Evelin and Corey in Season 1 of the TLC spin off, 90 Day Fiancé: The Other Way. The spin off follows the lives of American citizens who have moved overseas to be with their partners. While Corey and Evelin did get engaged on the Season 1 finale, they are yet to get married. Meanwhile, despite the recent troubles, it does look like the couple is willing to give their relationship another try.

Warning! Any negative comments towards Evelin and you will be blocked. I want my page to be filled with positive things. I understand you have your opinions and I understand that, but this is my personal page. Just keep your negative thoughts to yourself and have some respect please.Thank you! #90dayfiance #90dayfiancetheotherway #tlc #relax #positivevibes #positivity #notrolls #coreyrathgeber #coreyandevelin #respect #warning