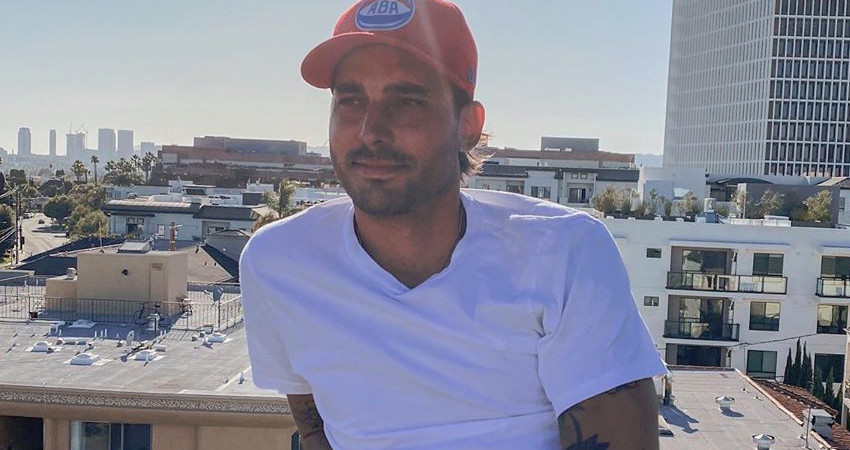 Raise your glasses high! Part one of the Vanderpump Rules virtual reunion did not disappoint. In the trailer, the Bravo show teased that playboy Max Boyens hooked up with a third cast member that no one else knew about.

When Season 8 of Vanderpump Rules premiered, we were introduced to TomTom manager, Max Boyens. It quickly came to light that before filming began, Max briefly dated VPR OG Scheana Shay.

In fact, at one point, she bought him an Apple Watch. However, their brief love affair ended and they were “just friends.” While Scheana seemed to have a hang-up for the bartender, he had his eyes set on another.

Even though Max was going away for the weekend with his “friend” Scheana, he asked fellow newcomer Dayna Kathan out on a date.

The two hit it off and things were going so well that Max broached the topic of becoming “exclusive.” Dayna, of course, couldn’t wait to run and tell her SUR co-workers about it.

However, when word got back to Max, he denied ever asking her that. (He did. It’s on film.)

During the reunion, he was put in the hot seat over his denials. He dodged the topic until an angry Dayna took him to task for his f**kboy ways.

But host Andy Cohen wasn’t through with Max yet. He asked Max if he’s hooked up with any of the other cast members. Max’s answer sent shockwaves through the cast and viewers at home.

Stop reading now if you haven’t watched the first part of the reunion because it will spoil the utter shock for you.

Max Hooked Up With WHO?

The VPR star had no problem coming clean about his other conquest. However, the name he said left everyone speechless.

Many fans online were guessing which co-star. Many people guessed Danica Dow, citing the complete disdain she shows for Max. It wasn’t Danica.

It was the one, the only Kristen Doute. Stassi was “shooketh” by the revelation, to say the least.

All that rage Stassi felt when Kristen slept with Jax Taylor way back in Season 2 came out. If the reunion had been in person instead of virtually, she might have slapped Kristen (again.)

If you’re new to VPR: Stassi and Jax broke up at the end of Season 1. During Season 2, a rumor came out that Jax and Kristen had slept together while he was trying to win back Stassi. At the time, Kristen was dating Jax’s best friend, Tom Sandoval.

While Kristen chose to “deny, deny, deny,” Jax confirmed the rumor. Kristen eventually also came clean and it ruined her friendship with Stassi for a long time. The two made amends only to have a falling out during the Season 8 filming.

Stassi had two main problems with Kristen’s hook-up. 1) She thought that Kristen was still in a relationship with Brian Carter at the time. (Kristen says she was single at the time and so was Max.)

2) Kristen was friends with Dayna, who clearly was still hung up on Max and using Kristen’s shoulder to cry on.

The Next Level Basic author had it out with Kristen about betraying yet another of her friends.

Gotta love how Kristen is catching all this heat for sleeping with Max while Max just sits there unscathed, looking like the boring, racist, werewolf twig that he’s been all season.

Kristen strongly defended herself, telling Stassi not to “slut-shame” her. She also pointed out that neither she nor Max were cheating on anyone.

Even Lisa Vanderpump, who has seen it all with this cast, was flabbergasted by the news.

Part 2 of the explosive Vanderpump Rules reunion airs next Tuesday, June 9, on Bravo.