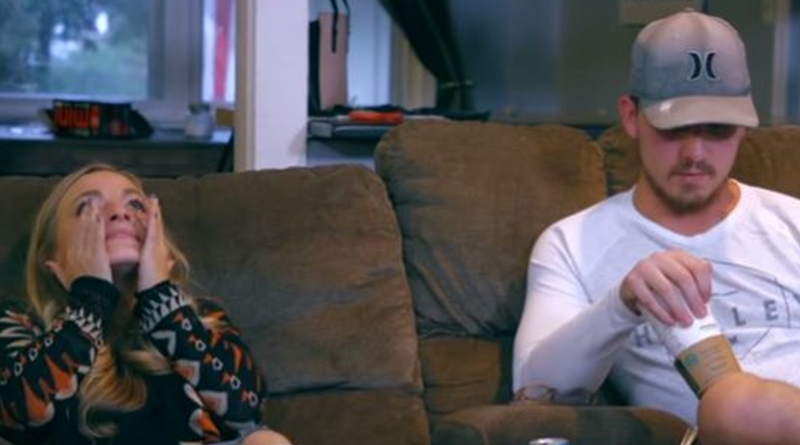 Teen Mom fans heard that Mackenzie suggested Josh McKee cheated on her with her cousin. Later, she retracted that and denied she meant he cheated. But with the damage done, the story persists among fans of the MTV show. Over the weekend, Josh posted a cryptic note up on Instagram. He didn’t mention Mackenzie or the cheating allegations. But, fans chipped in and argued among themselves.

The heating rumors arose after Mackenzie ranted about how she discovered Josh texted another woman. She discovered that sometimes that took place when Josh went out “fishing” at night. Angry and suspicious, she said on Facebook that this time, it’s all over. In fact, she revealed the woman was her cousin. However, she later denied that’s what she meant. The Ashley’s Reality Roundup reported that she also deleted the post.

The Teen Mom star told off people for digging into her family’s life and said Josh only asked her cousin for advice. She noted she actually never used the word “cheating.” Nevertheless, she felt it wrong he talked to another woman about her, according to InTouch Weekly. Josh McKee said nothing during all the drama. But, he broke his silence by dropping a cryptic post on Instagram. That reawakened the fans’ debate. It seems he knows how to play his audience.

The cryptic card that Josh posted up said, “Better worry about your own sins, cause God ain’t gonna ask you about mine.” Then, in his caption, he wrote, “I’m just here for the comments.” Well, he certainly got plenty of them. About 200 people chipped in their thoughts and they all focused on Josh and the cheating allegations. Despite Mackenzie denying he cheated on her with her cousin, fans so often forget the retractions and focus on the first drama.

Josh took some heat for it. But, one fan suggested he just played his audience. They noted, “Here for the interaction so u get verified and paid?” Other fans started bickering about whether Josh really cheated or not. Some said they everyone should mind their own business. Other’s called smoke and fire. Some critics grew irritated as he dropped a cryptic post and then stopped talking. Eventually, People reported that in the comments, Josh finally said something.

The outlet cited Josh as saying, “People, I’ve been through the ringer being on that d**n show, this is nothing new to me, (sic).’ Josh understands that fans get their info from “the internet” or on “TV.”  But, he noted that Teen Mom fans shouldn’t hit at him when they don’t know all the “d**n facts.” He ended by saying, “this is not a one sided ball.”

What do you think about Josh McKee dropping a cryptic comment that started off fights among his fans? Do you agree that every relationship’s “not a one sided ball?” Sound off in the comments below.