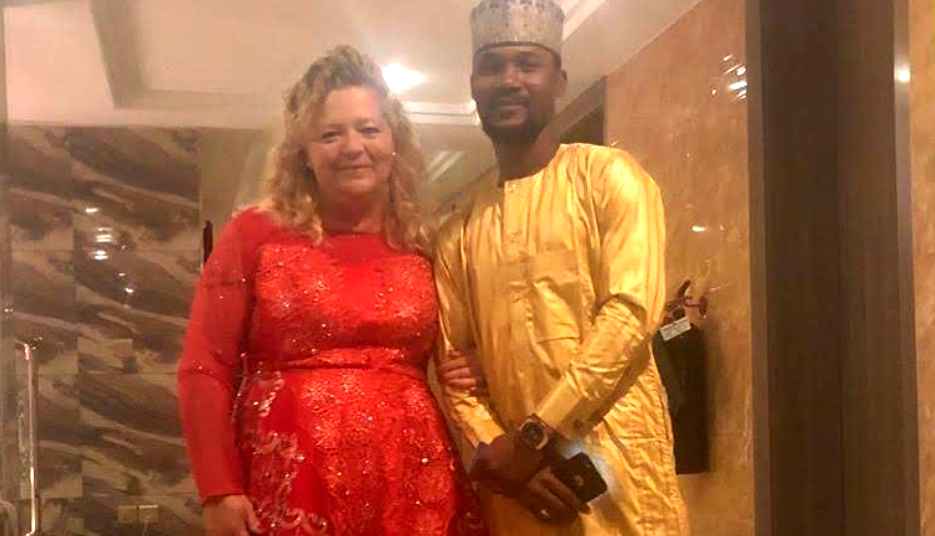 90 Day Fiancé fans who feel confused over this recent season are definitely entitled. The various relationships revealed on the TLC reality show have, in many cases, been mind-boggling. Naturally, this includes the relationship between American Lisa Hamme and her Nigerian husband, Usman Umar.

The pair went through a number of hoops to be able to marry. Now they finally are, everything falls apart. Meanwhile, Lisa, or Baby Girl as she was dubbed by Usman, wants to reconcile and make things right again.

In a recent Instagram Live, 90 Day Fiancé star Lisa confirms that she and Usman have ended their relationship. Speaking of Usman, she says he used her. According to Hamme, Umar has married her just to be on the TV show.

This was so people would recognize his name as a musician, and allow him to sell his music. Furthermore, while she doesn’t mention it, the Nigerian rapper was obviously hoping to break into the music scene in the USA.

@aniq_fashion_house ty for the beautiful design an tailor of my gowns

According to Lisa, Usman hasn’t apologized to her. She goes on to say he is part of a “romance scam.” Equally important, Hamme says this “puts the stigma back onto Nigeria again,” something she doesn’t want to do.

Usman responded to her, denying the allegation that he was scamming Lisa. He accuses Lisa of calling him a romance scammer and constantly using the “N-word” on him. Usman says despite this, he has made it to this level because he wants to make Lisa happy.

It seems Lisa has since changed her mind. She took to Instagram Live again to give updates on her breakup with Usman. Meanwhile, fans ask Lisa if she can forgive 90 Day Fiancé star Usman and make their relationship work. Lisa responds, saying she believes that with counseling, this might work.

Speaking of their relationship, Lisa says she always believes people can change. Tearing up, she says she will “love him forever.” He has played a major role in her life now for three years. Hamme hates to think she wasted three years of her life with Usman. She doesn’t want to think that and she tries to see the good in everyone.

As mentioned by The Blast, this seems to leave the door open for a reconciliation with her Nigerian husband.

Over the last several episodes of 90 Day Fiancé, Lisa has been catching heat from her fans. This was mainly due to the fact she called Usman the “N-word.” During a Tell-All, which is yet to air, Usman reveals he spoke to Lisa about this. He says she had called him a “ni**er,” which he knows is totally inappropriate in America. Umar says he doesn’t even get angry about it because he is used to how Lisa behaves.

The finale episode of this season of 90 Day Fiancé Before the 90 Days aired on Sunday, May 31 at 8 pm EST on TLC.