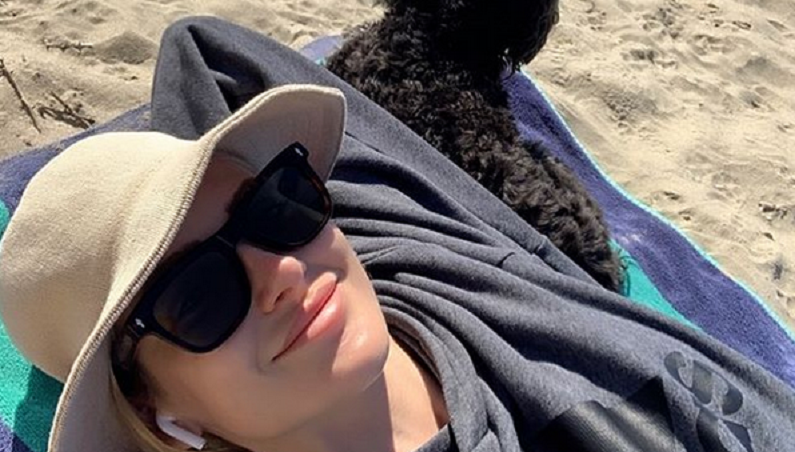 Stephanie Pratt made the wrong comment. The Hills alum tweeted for the police to “shoot the looters” amid the ongoing protest over George Floyd’s death. A white police officer, Derek Chauvin, held his knee on George’s neck for nearly nine minutes. George’s last words were, “I can’t breathe.”

Celebrities have spoken out in support of the African American community. However, there have been some celebrities like Stephanie Pratt going rogue. The former reality star made a controversial statement against the nationwide protests. She called for police to “shoot the looters.”

Per Us Weekly, Stephanie Pratt came under fire for suggesting that policemen should shoot looters. On Sunday, May 31, The Hills: New Beginnings alum made the controversial post on Twitter.

“Shoot the looters – using this tragedy as their excuse to rob and burn all of our towns down,” the 34-year-old wrote. “Anyone else sobbing watching the town being burned down? Where the f*** is the national guard – Santa Monica is burning!!!!!!”

My Winter box arrived today!!! I’m a #fabfitfunpartner & subscriber because 1. I LOVE getting presents 🎁 and 2. @fabfitfun partners with charities & women founded companies every season ❤️. If it weren’t for this box I would never know abt the coolest new beauty products and tools- this is definitely MY FAVORITE ITEM EVER- there is a “color switch makeup brushes cleaner,” you can use your brush to do bronzer and then simply roll it on the pad AND ITS CLEAN! You can use it for highlighter now etc! COOLEST IDEA EVER!!! @mellysophiamua you need to check these out!! Max’s favorite gift is the animal cruelty free lush blankie 💕💕💕 #treatyourself #womensupportingwomen #selfcare #selflove #fabfitfun 👯‍♀️ if you want to get 10% off your first box you can use my @fabfitfun code: STEPHPRATT

Stephanie kept going in her series of tweets. She felt bad for the small businesses in the Los Angeles area. Stephanie’s tweet is reminiscent of President Donald Trump’s tweet which included the phrase, “when the looting starts, the shooting starts,” per People.

According to The Washington Post, the late Walter Headley, a former Miami police chief, was quoted saying that same line in 1967. Stephanie’s tweets drew backlash. Many Twitter users took to her now-deleted tweet to post her 2006 mugshot.

Stephanie Pratt was arrested for shoplifting

Stephanie Pratt’s tweet backfired as her followers reminded her of her arrest from 14 years ago. Many of them tweeted the television personality’s mugshot, including Bad Girls Club star Angela Babicz.

“Oh I thought the thief who shoplifted more than $1,300 worth of clothing from Neiman Marcus said some,” she tweeted before she deleted.

She’s not the only one. Batwoman actor Camrus Johnson also pointed out Stephanie’s arrest. Scrubs alum Bob Clendenin added, “I’m trying to guess from your booking photo what you were stealing. Is attention sold in stores?”

But they haven’t stopped there. Some of Stephanie’s followers have also taken to her Instagram page to remind her of her insensitive tweets.

Back in May 2006, Stephanie stole over $1,300 worth of clothing from Neiman Marcus in Hawaii. She shoplifted with a friend. Police arrested Stephanie and charged her with theft and drug possession. The former MTV star talked about her arrest in her 2015 memoir, Made in Reality. She felt “so much shame” from that time.

Stephanie had another arrest October 2009 for driving under the influence while attending her sister-in-law Heidi Montag’s birthday. She served three years in prison for that crime.

Protests erupted in Minneapolis last week when footage of George Floyd went viral on social media. The footage showed a white police officer pinned him to the ground with a knee on his neck. The Police Department fired Derek Chauvin and charged him with third-degree murder and manslaughter.

Stephanie Pratt has not responded to the backlash.