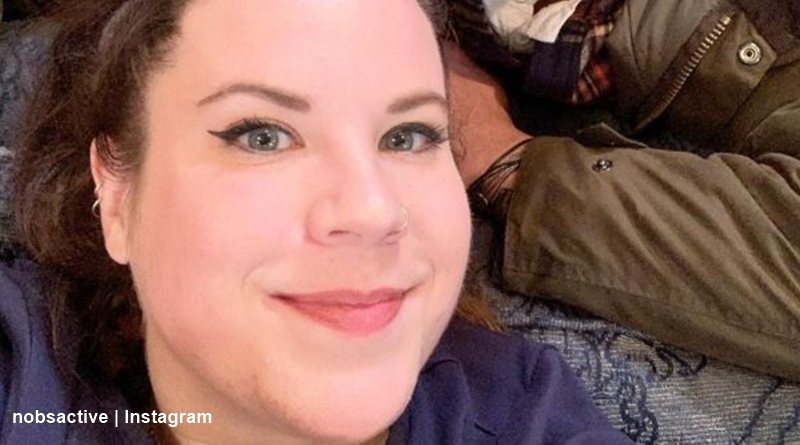 MBFFL fans heard that Chase Severino and Whitney Way Thore split. Her friend, Buddy Bell now stays with her during quarantine as he helps her get over the trauma. And, it looks like her business partner, Ryan Andreas stands by her as well. Recall, he introduced Whitney to Chase. But, it seems that he’s not letting their split stand in way of their business association with No BS Active.

TV Shows Ace reported that after Chase and Whitney split, her long-time friend from My Big Fat Fabulous Life, Buddy Bell was there for her. Actually, we noted that he moved into her place and now quarantines with Whitney. Many fans suspect that Buddy could get a new storyline in MBFFL with TLC. After all, if they hook up, they could still run a few more seasons for Whitney. But, others think it’s not likely. After all, she didn’t look happy in the season where fans saw him kiss her. She seems more into a complex friendship, rather than romance.

It certainly looks like her business partner, Ryan Andreas also supports Whitney as well. Recall, they met via a dating app but didn’t take it into a long romance. Instead, they used their joint love of fitness and started their No BS Active venture. The MBFFL star seemed thrilled when they started selling videos, and clients loved them. We noted that Whitney’s got a sharp eye for business opportunities. However, My Big Fat Fabulous Life fans worried that Ryan might not step up for her because of his friendship with Chase.

Last week, Ryan shared a photo and captioned it with, “What’s up @nobsactive fam, happy Monday! Drop a comment when you finish up your leg day.” Ryan never spoke about Whitney and Chase breaking up. But their MBFFL fans did. One follower said, “Morning – you two are very inspiring 😍.” But another one got directly to the meat of the matter by directly talking about the split from Chase.

They commented, “Hope Ryan’s sticking by you whitney chin up you’ve had a lucky escape xx.” Then, another MBFFL fan wrote, “You guys are still business partners even after the break up of her and your friend chase.” Others encouraged Whitney. One kindly fan wrote, “Whit you are beautiful! You are a gift that keeps on giving. You are so deserving of love. May you find strength through the inspiration you share with others!”

What’s up @nobsactive fam, happy Monday! Drop a comment when you finish up your leg day 💪🏽💪🏽

What do you think about Ryan Andreas standing by Whitney from MBFFL? They run a business together, and it seems they manage to keep the Chase split out of that, at least. Sound off your thoughts in the comments below.

Remember to check back with TV Shows Ace often for more news about TLC’s MBFFL.