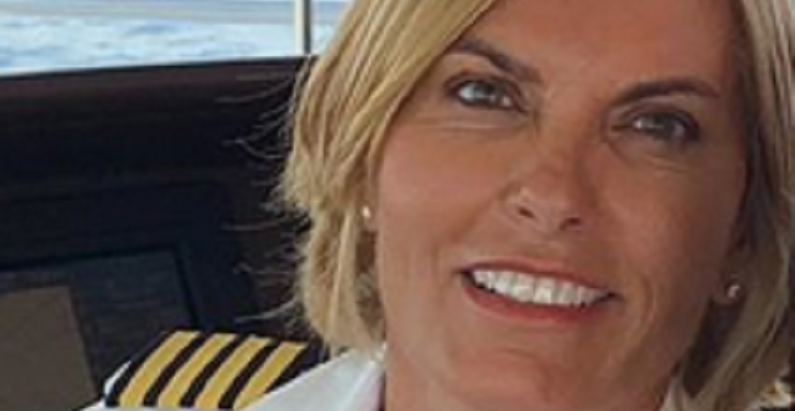 Below Deck Mediterranean star Captain Sandy Yawn threw some major shade at Chef Mila and Chef Adam. The Bravo star didn’t hold back on the issues she’s had with her yacht chefs in past seasons. She also teased the upcoming season.

Sandy promises this season will be different. Below Deck Mediterranean Season 5 is already shaping up to be an interesting season. The show already made history with three women leading the yacht. It also takes place on the largest yacht. After a disappointing first season of Below Deck Sailing Yacht, viewers are looking forward to something familiar.

Below Deck Mediterranean star Captain Sandy Yawn made an appearance on Us Weekly’s “Hot Hollywood” podcast. She opened up her past difficulties with yacht chefs. That’s when the Bravo celebrity threw shade at Chef Mila Kolomeitseva, who worked during Season 4 of the show. But she got fired due to her underwhelming performance.

“I’m not worried about [chef] Kiko licking steaks this season,” Sandy said during the podcast.

Chef Mila licked raw steak before cooking it for the guests. She also prepared nachos topped with pre-packaged cheese. Mila was not the five-star chef she claimed to be. She cooked a lot of her meals with pre-packaged items.

Why be a rock star when you can be a dock star? #BelowDeckMed

“Oh my gosh, I was feeling really bad for that client,” Sandy told Us Weekly. She laughed at the infamous steak-licking incident. “Don’t eat the steak! I was shocked.”

Sandy never saw anyone who cooked meals like Mila did. “In my career, I promise you, this has never happened,” she explained. “Chefs don’t do that. At all.”

Sandy also talked about Chef Adam Glick, who appeared during Season 2. He didn’t follow a guest’s request for no onions. And then #OnionGate was born.

“Honestly, I haven’t had a great run with chefs, you know, Adam and the onions,” Sandy said. “Obviously I’ve had some problems with chefs that some want to do what they want to do and not follow the preference sheet.”

Below Deck Mediterranean Season 5 has a new chef onboard

The chef on the upcoming season is Hindrigo “Kiko” Loran, who possesses over a decade of experience as a yacht chef. Sandy admitted that she was nervous about working with a new chef due to her previous experiences.

“This season Kiko, I’m a little cautious,” she said. “I want to believe that he’s everything that he said he is, but I’ve been burned so many times. I’m just a little apprehensive.”

The game gets underway when #BelowDeckMed RETURNS Monday @ 9/8c!

But Sandy still has the “utmost respect” for Kiko. She’s going to closely watch his performance on Below Deck Mediterranean. She wants to make sure she didn’t miss anything. She’s hoping her guests had a great experience with the food since “at the end of the day, I’m the one that’s responsible.”

In an interview with E! News, Sandy described the new season in five words. “Explosion, drama, heartfelt experience!” she exclaimed. “For me, it’s the most difficult season I’ve ever done but the most rewarding if that makes sense.” One of the most difficult challenges for Sandy is the 184-foot mega yacht The Wellington, is so large to navigate in the waters.

“My challenge just isn’t the crew, but that’s the biggest part,” Sandy explained. “The boat for me was challenging, you’ll see.”

This looks so peaceful. I wonder if the crew are feeling as peaceful as it looks from here! I can’t wait to find out on #bravotv June 1st. #belowdeckmediterranean #belowdeck #belowdecksailing #belowdeckmed #spain #mallorca #superyachts #lifeisgood #captainsandy #jsakids #captainsandysoceanrangers