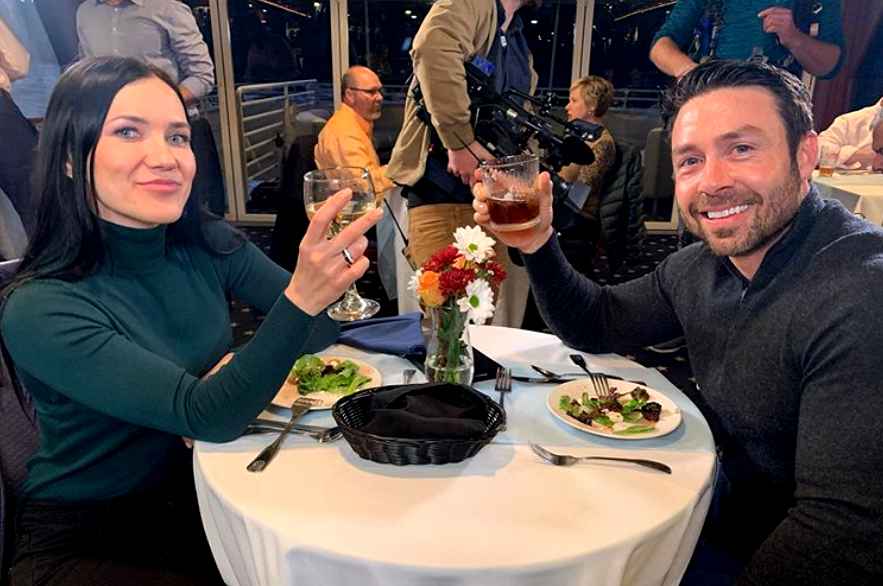 Normally people say the third time is the charm. However, when 90 Day Fiancé star Geoffrey Paschel popped the magic question to Varya Malina for a second time, it was a resounding “yes!”

Fans will remember Geoffrey Paschel going down on bended knee in Russia to make an ultimatum. Well, he was actually proposing to Varya Malina, but it went badly for him. Varya wanted to take some time to think about getting married. She didn’t exactly say “no.” It was more a case of “not now.” Varya didn’t like being told she had to say yes, or Geoffrey would leave her. Meanwhile, after saying no that time, the Tennessee native did, indeed, leave Malina, while heading back home.

As fans know, Varya recently made a trip to Knoxville, Tennessee, to reconcile with Geoffrey, only to find another woman, Mary, in his home.  This was naturally a shock to Varya, but it looks like things are turning out for the best.

In Sunday’s episode of 90 Day Fiancé: Beyond the 90 Days, Geoffrey, 41, proposes to Varya, 30, for a second time. Meanwhile, it is Varya who first brings up the subject. When the Russian beauty meets Geoffrey’s children, it reminded her of how good they had been together as a couple. For his part, Geoffrey knows his feelings for Varya are real. He realizes his love for Malina is much stronger than his feelings for his friend/girlfriend, Mary.

The marriage proposal itself couldn’t have been more romantic. Geoffrey takes Varya to a local spot with a wishing well. According to folklore, any wish made at the well would come true. They both close their eyes and wish for love and happiness.

As Varya opens her eyes, she finds her fiancé Geoffrey on bended knee in front of her. He is holding a diamond ring in his hand. Geoffrey then proposes marriage with some moving words. He says he didn’t realize how much he truly loved Varya and had missed her until she turned up at his door. The single dad says his wish was for Varya to be part of his family and he asks her to marry him.

As fans held their collective breath, Varya luckily doesn’t say “not now” this time. She responds to his romantic proposal with a firm “yes.” Varya later told the cameras she had written a note in Russian for the creatures in the wishing well. She wrote that she wished for the “happiest family with Geoffrey.” Varya then exclaims that said magic creatures can read Russian!

While all seems perfect and lovely and all, fans may wonder if they will actually wed. In Touch reminds fans that both Varya and Geoffrey have promised to release tell-alls after the current season ends. That report hints Geoffrey may have reunited with Mary away from the TLC cameras.

Reportedly, neither Varya or Geoffrey featured in the show’s reunion finale. So, can we hope for wedding bells in the future? And who, finally, will be Geoffrey’s bride? We’ll just have to wait and see!