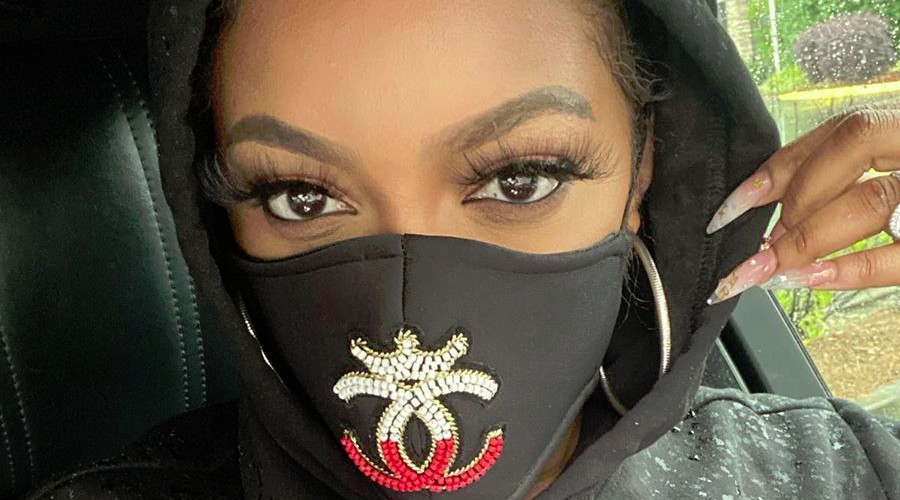 Porsha Williams is endearing herself to The Real Housewives of Atlanta fans. Viewers loved her bringing the one-liners to the Season 12 reunion. Moreover, she went head-to-head with several of her co-stars.

But, now she’s taking that fierceness from reality shows to reality. The RHOA star took to the streets of Atlanta this weekend to join the Black Lives Matter protests.

The protests were in response to yet another unarmed man dying during an interaction with the police. The killing in Minneapolis sparked outrage around the country. People of all ages and races marched in the streets in solidarity. In some cities, the police joined the protesters.

Many protests, unfortunately, turned violent later in the day. However, the Atlanta protest Porsha took part in, was peaceful.

Porsha is the granddaughter of Civil Rights leader Hosea Williams. He served as Martin Luther King Jr.’s “chief field lieutenant,” per Wikipedia. In addition to being an activist, Hosea was an ordained minister and businessman, per E! News.

The fashionista has come a long way from her early seasons on RHOA. Porsha joined the Bravo show back in Season 5, in 2012. Her comment that the Underground Railroad was an actual train that transported slaves from the South to the North drew mockery.

However, RHOA viewers have seen Porsha blossom and come into her own over the last few seasons. Her clap backs at the reunion earned her the title of MVP from many fans on social media.

Porsha was not only at the protests, she spoke on television from the protests. Fans showed their support for Porsha on social media. One fan that they “love to see” Porsha taking to the streets. Another fan co-signed the original post and encouraged Porsha, “[You Better] Go Porsha!”

The RHOA star posted a video from the protest that shows all participants with their fist raised in solidarity.

Not sure if you saw this in the media coverage ! So here you go✊🏾✊🏼✊🏽✊🏿🙏🏾 ATLANTA CAME OUT #TogetherWeStand #Blacklivesmatter #Peaceful #CentennialPark

Other Bravolebrities React to George Floyd’s Death on Social Media

Porsha is the only Real Housewives star to personally take part in the protests. However, many took to social media to express their outrage over the killing.

Several of Porsha’s RHOA co-stars, including Kandi Burress and Eva Marcille, are particularly outspoken about their outrage.

Porsha posted on her Instagram asking for any info about peaceful protests happening on Sunday, May 31, presumably so she can join again.

It’s a strange time in the world. Many turn to reality TV or their favorite shows for an escape. Check back with TV Shows Ace for updates on your favorite scripted or reality shows.