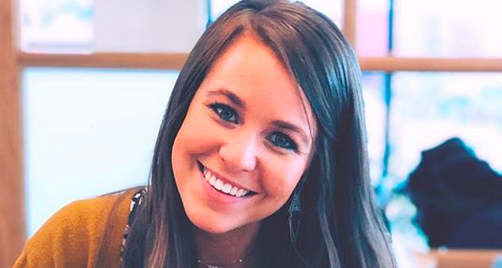 Things got weird with a topic involving Jana Duggar today. A post popped up on the Duggar Snark Subreddit. A post drawing a bizarre comparison to Jana Duggar to Natalee Holloway.

But, who is she? And, what are people saying exactly? Moreover, why does the name sound familiar? Keep reading to find out.

Who is Natalee Holloway, anyway?

Now, the name Natalee Holloway probably sounds familiar. Unfortunately, this isn’t a celebrity twin situation. Natalee Holloway made national news a couple decades ago. Why? She’s a missing person. In January of 2012, authorities declared her dead in absentia. But, her disappearance remains a mystery.

According to Wikipedia, she went missing on May 30, 2005. She was on a high school graduation trip in Aruba at the time. Her mother, Beth Holloway, continues to search for the truth to this day.

Now, you’ll have to decide whether Jana looks like this missing woman for yourself. But, here’s what other people are saying.

On the Duggar Snark subreddit, an individual shared photos of Natalee and Jana Duggar. The individual questions if anyone noticed how similar the two looked. The thread received a pretty significant amount of attention. And, they certainly share a lot of the same attributes. Interestingly enough, this is not the first time this topic has come up. Apparently, it was not well-received last time.

Sadly, one individual explained some found comparing Holloway to Duggar was disrespectful to her memory. However, many seemed baffled. Baffled as to why so many took issue with the topic previously.

Has anyone else noticed Jana looks a lot like Natalee Holloway? from DuggarsSnark

Here’s what some Reddit users had to say about the comparison.

The original poster did respond to concerns about the post being disrespectful. They did not have the intention of being negative with the comment. The individual just noticed the resemblance shortly before posting. But, they meant no ill will in posting it.

“They do look alike & they were both robbed of their lives, though in different ways,” another profoundly chimed in.

💞 Getting to spend some time with Jordyn! ☕️ My shopping buddy for the day! 😊🛍 . . #shopping #sistertime #coffee

The topic shifted — Jana Duggar is the prettiest of the family?

The strange topic took an even more bizarre turn. But, the Duggar Snarks were not up to par with their usual level of snarking. In fact, many were dishing out compliments. They seemed to agree that Jana Duggar was one of the most attractive of the Duggar children. Did her being 30 and unwed have anything to do with that line of thought? Possibly.

The topic concluded with many thanking the original poster for the comparison.

So, do you think Jana Duggar looks like Natalee Holloway? Tell us about it in the comments down below.

‘Mystery At Blind Frog Ranch’ Chad Ollinger Exclusive Interview On Mormon Gold And The Mysteries Of Utah
‘1000-LB Sisters’: Where To Watch The TLC Show
‘Sister Wives’: Does Christine Brown Look Like A Man In This Photo?
Find Out All About ’90 Day Fiance’ Star Andrew Kenton’s Job
‘My 600-lb Life’ Update: Where is Lindsey Witte Now?