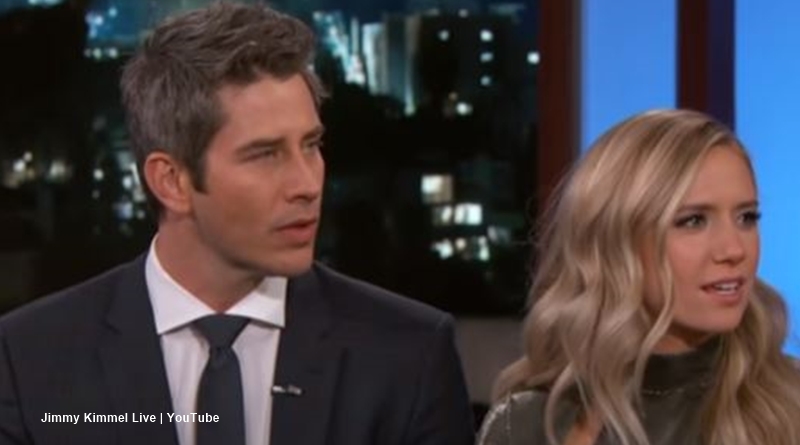 Bachelor alums, Arie Luyendyk and his wife, Lauren Burnham talked about baby number two just a few weeks ago. At one stage, Lauren felt she couldn’t bear the discomfort of pregnancy again. But, their daughter Alessi makes her milestones and the couple loves the way she grows her personality. So, they definitely want more kids. But Lauren revealed that they suffered a miscarriage and it sounds heartbreaking.

TV Shows Ace reported that Lauren struggled with weight gain during her pregnancy with their first child. She told US Weekly that they now hope for more kids, however. And why not? TV Shows Ace also reported that their daughter delights them as grows older. She’s getting a great personality and Arie said, “She’s learning something new every day…She’s so close to walking on her own, and every day is something fun and new.'”

But talking about another baby now must be so hard, as Lauren revealed in a heartbreaking video, that she suffered a miscarriage. E!News notes that they found out she was pregnant just about “a month ago.” And, it’s possible she was actually pregnant when she spoke to US Weekly. She lost the baby, and their joy and excitement came crashing down. The news came via a YouTube video the Bachelor alum posted up on May 30.

In her video, Lauren explained that they suspected she fell pregnant and the doctor told her she was about five weeks along. But, it felt wrong. Lauren explained, that possibly she “ovulated late.” But it could also “mean that it’s not a viable pregnancy.” Anyway, she decides that hormone level monitoring might be an idea. Initially, the doctor felt all went okay with the new baby. But eventually, the doctor gave them the news that her feeling that something wasn’t right was spot on.

The very sad news came that the Bachelor couple lost their baby. Lauren explained that she didn’t actually endure a physical miscarriage. Termed a “missed” miscarriage, her body never expelled the child. If the body doesn’t realize the fetus died, then it carries on as normal, just acting as though the woman carries a live baby.

Fans react to the sad news about the pregnancy

Fans who watched the video commented about it. The news about the miscarriage came just a matter of days ago. But, already, they shared the news. One fan wrote, “The fact that this happened just a few days ago- so in awe of you guys for choosing to share this at this time, and so grateful for your transparency!”

Another Bachelor fan commented, “I’m so sorry for your loss. We have four children [but] experienced two stillbirths and three miscarriages. No matter what stage it isn’t easy. I will keep you in prayers!” Plenty of their fans sent their prayers and thoughts to Arie and Lauren and Luyendyk.

Remember to check back with TV Shows Ace often for more news about Arie and Lauren of ABC’s The Bachelor.

‘Welcome To Plathville Season 3’ Will The Family Make Amends?
Was Tammy Slaton TRYING To Kill Herself In Deleted Instagram Post?!
‘LPBW’ Tough Jackson Roloff Shows Dad What He Is Made Of
See Jinger Vuolo’s SHOCKING Before & After Transformation Photos
‘LPBW’ Jackson Roloff Has What It Takes For His Own Show?