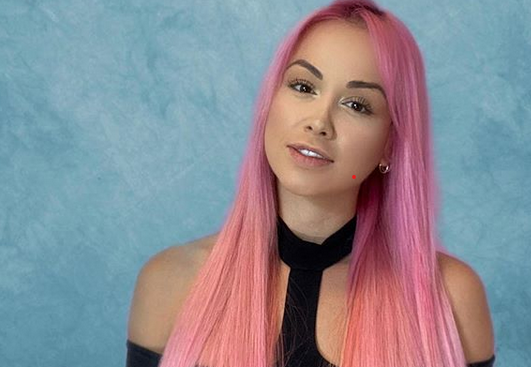 George Floyd, an African-American man, was killed by a police officer during his arrest on May 25, 2020. In response, United States citizens all over the country began protesting and rioting to show their support for black people. Several celebrities, including 90 Day Fiance star Paolo Mayfield, have shared their thoughts on the situation. On May 29, Mayfield posted on Instagram to express her support for the Black Lives Matter movement.

Mayfield shares her feelings on the George Floyd incident

In the 90 Day Fiance star’s Instagram post, she says that she was heartbroken upon seeing the George Floyd video for the first time. Mayfield also expresses her sympathy for those who have lost loved ones due to police brutality. She writes, “My biggest condolences for those who have lost someone in times like this and even more in the way the George Floyd lost his life.”

Mayfield also explains the need for unity during this time. She says, “Why can we not be united as humans? Why do we have so many divisions? Why so much hate? Only together we can make a difference!” On her Instagram story on May 30, Mayfield posted pictures of a protest she attended to share her support.

Yesterday I saw for the first time the video of George Floyd being murdered by a police officer, and it broke my heart, I can’t take his last words out of my head😞 My biggest condolences for those who have lost someone in times like this and even more in the way the George Floyd lost his life. We are all human. It doesn’t matter where we are from, the color of our skin, our social class, how much money we make. Why can we not be united as humans? Why do we have so many divisions? Why so much hate? Only together we can make a difference! We can protest and fight for our rights but without creating more damages even tho we know there is more to the story to what is happening. I know the majority of us are upset and sad about what is happening, but destroying and creating more chaos won’t fix anything. Please let's learn to love each other and stop fighting against each other, let’s be the change that society and this world needs. Love you❤️ . . . . Ayer vi por primera vez el video de George Floyd siendo asesinado por un oficial de policía, y me rompió el corazón, no puedo sacar sus últimas palabras de mi cabeza😞 Mis mayores condolencias para aquellos que han perdido a alguien en momentos como estos y aún más en la forma en que George Floyd perdió la vida. Todos somos humanos. No importa de dónde somos, el color de nuestra piel, nuestra clase social, cuánto dinero ganamos. ¿Por qué no podemos estar unidos como humanos? ¿Por qué tenemos tantas divisiones? ¿Por qué tanto odio? ¡Solo juntos podemos hacer la diferencia! Podemos protestar y luchar por nuestros derechos, pero sin crear más daños, incluso aunque sabemos que hay más en la historia de lo que está sucediendo. Sé que la mayoría de nosotros estamos molestos y tristes por lo que está sucediendo, pero destruir y crear más caos no solucionará nada. Por favor, aprendamos a amarnos y dejar de luchar unos contra otros, seamos el cambio que la sociedad y este mundo necesitan. Te amo❤️

Mayfield adds in her caption that she understands why people are mad about the situation but asks everyone to stop the violence. She says that rioting and looting will not solve anything. Furthermore, she explains that things are only getting worse because of the chaos the rioters are creating.

The 90 Day Fiance star concludes her caption with, “Please let’s learn to love each other and stop fighting against each other, let’s be the change that society and this world needs. Love you,” and adds a heart.

While a couple of Instagram users agreed with Mayfield, most of them were upset with the post. Some people claimed that the riots do serve a purpose. Another said that Mayfield is “ignorant about racism.”

Several people were mad that the 90 Day Fiance star chose to use a selfie rather than a picture of Floyd. Most critics simply told Mayfield that she should’ve used a different photo. However, others went off on her. One user commented, “For once, step outside your vanity and realize that not everything is about your tacky colored hair and clothes that seem to shrink in the dryer because they are too d*mn small for you. #tonedeaf.”

In response to the comments about her selfie, Mayfield made a second post on May 31. In it, she explains that she purposely chose that photo in order to get as much attention as possible. She worried that a picture of Floyd would get fewer views, so she used a selfie to draw people in. Mayfield wanted her voice to be heard and felt that this was the best way to maximize the number of people her message reaches.

What do you think of Mayfield’s post? Do you agree with what she said in her caption? Let us know in the comments.