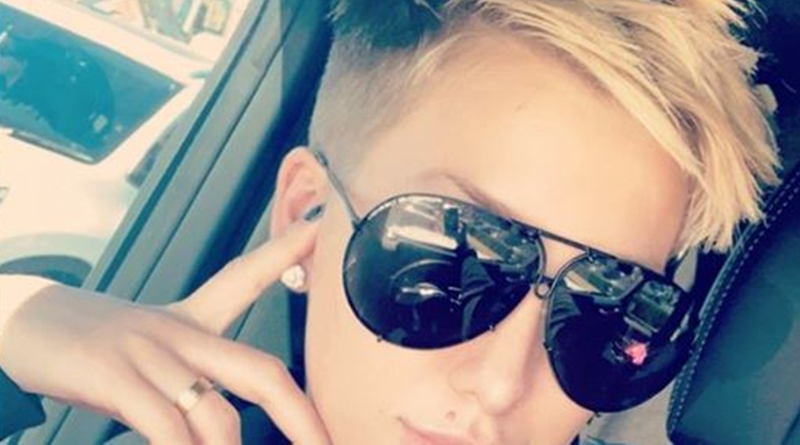 Savannah Chrisley has had enough of Instagram trolls over the last few days.

This started when Savannah and her father Todd Chrisley shared photos of Chloe.

It was a few days ago that Savannah Chrisley and her father shared a beautiful photo of Chloe. Unfortunately, largely because of current evens surrounding the death of George Floyd, the comment section was flooded with negativity. Many wanted to discuss Chloe’s race with the Chrisley family instead. Fans asked tons of questions.

While the Chrisley family is no stranger to being in the spotlight… The badgering proved to be too much for Savannah. Initially, she took to her Instagram story to respond to the Instagram trolls. She begged them to back off.

YOU HAVE NO IDEA WHO I AM!”

Possibly not getting the results she wanted from her Instagram Story update… Savannah shared the same post on her profile as well.

The reality TV star urged trolls to back off.

In a very heated post, Savannah Chrisley called attention to the negative comments. She noted that she would “always” stand up for what is right. But, she needed a few days to process information and get her thoughts together before speaking. She, however, clearly did not approve of her followers telling her what to do.

Savannah made it clear in her post she and her father are well aware of Chloe’s race. They, more than anyone, fear for the safety of Chloe Chrisley. But, she still didn’t believe that gave her followers the right to grill her on social media.

My dad and I sat and had a lengthy conversation about it and we were heartbroken and scared for Chloes future. We live in a world to where we have to teach her to be EXTRA cautious around police officers because of the color of her skin.. IT HAS TO STOP!!!”

Some fans noted that there was a time where Savannah herself didn’t understand the difference between black lives matter and all lives matter. These individuals admitted to appreciating seeing Chrisley’s growth with her Instagram post.

“I’m happy you’ve progressed honestly.. I remember years ago you were trying to do the whole “we are all 1 speech” while posting Coco.. apart of fixing the problem is acknowledging it. As you said she has to sadly operate in this world differently than you did,” one follower penned.

Savannah also had fans who felt she was in a “d*mned if you do and d*mned if you don’t” situation. These followers agreed that whether she said something or not… People would find a way to be unhappy with her.

Another follower chimed in: “Sometimes the best thing is to never respond no matter what you will say to people they will never be satisfied you don’t have to have an opinion on everything.”

Many Chrisley Knows Best fans just wanted to wish Savannah and her family well. They hoped she was smiling. And, not taking the cruelty on her Instagram page too harshly.

So, have you been following the Chrisley activity on social media lately? What do you think about everything? Tell us about it in the comments.