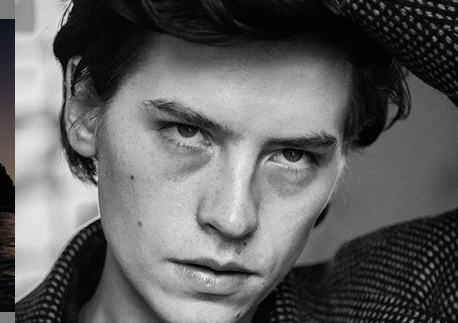 Riverdale Season 4 ended early due to the unforeseen pandemic. The cast is no longer able to meet to film the show. Therefore, the producers thought it would be best to cut the season short and pick the story up in Season 5. In an exclusive interview with AP Entertainment, Cole Sprouse, who plays Jughead Jones, talks about how the coronavirus will affect the production of the new season.

The need for social distancing and other health precautions will impact the future of Riverdale. In his interview with AP Entertainment, Cole lists some of the things that will be different in the filming process. Among others, he mentions romantic relationships and catering for the cast and crew. He also points out, “What kind of stages you’re allowed to shoot in are gonna have to change; the ventilation is going to have to change on a technical level.” These are all things that the writers will need to keep in mind when planning for Season 5.

The Riverdale stars work closely with the production crew. Cole tells fans, “Our show is one of those shows where we are deeply involved with all of the new regulations that are put upon a production cycle. So, I am incredibly interested to see how it works.” While Season 5 will still happen, production won’t be the same as before the pandemic.

When the show resumes, the writers plan to continue where Season 4 left off, with prom and graduation. After that, the timeline will skip to after the kids graduate from college. Riverdale Season 5 will premiere in January 2021, as long as the pandemic doesn’t worsen by then. The show promises to continue with the themes of relationship drama and mysteries.

RETURN TO RIVERDALE?: Cole Sprouse should be back on set this summer and is interested to see what changes will come to 'Riverdale' with social distancing. pic.twitter.com/VHJ0zhvaDg

Skeet Ulrich plays FP Jones, Jughead’s dad, on Riverdale. He announced in February 2019 that he would not be returning to the show for Season 5. Skeet later explained that he “got bored creatively.” In an interview with Variety, Cole says that he doesn’t hold anything against Skeet for quitting. He explains, “Skeet’s truly a second father to me, so I’m, like, ride or die for that guy. So, anything that makes that guy happy is something that makes me happy.”

The interviewer asked Cole if he expects to become bored with the show as Skeet did. Cole says that since his part in Riverdale is much more involved than Skeet’s, he can’t compare the two roles. Jughead appears in the show more frequently than FP does. So, it makes sense that Skeet would lose interest sooner than Cole.

How do you think the coronavirus will impact the storyline of Riverdale? Let us know your thoughts in the comments.