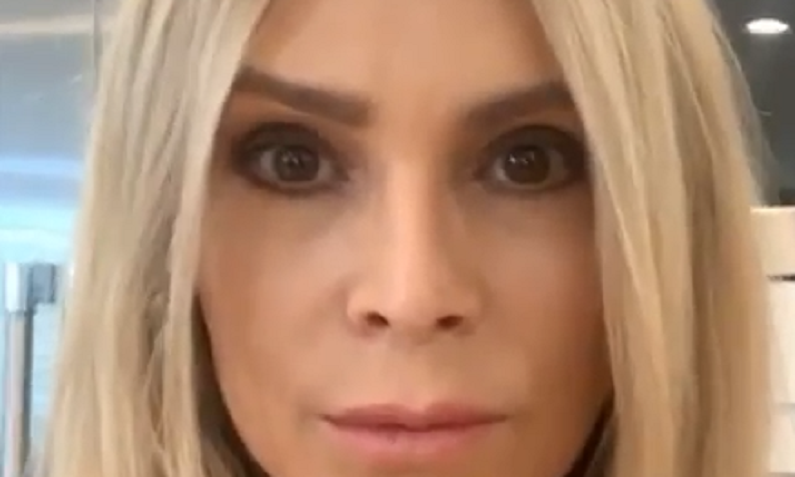 Tamra Judge gave an update on her friendship with Vicki Gunvalson. Earlier this year, both ladies announced their shocking exits from The Real Housewives of Orange County. The OGs are no longer close friends with their fellow cast members.

However, the RHOC alums are still close to one another. Tamra spoke to In Touch Weekly about the current status of their friendship. The former reality star is focused on her new endeavors. She’s currently promoting her brand, Vena CBD, and the launch of Wing Woman, menstrual supplements.

Tamra Judge provided an update on the current status of her relationship with Vicki Gunvalson. She told In Touch Weekly that they are still very close friends who talk “every single day.” The ladies have gotten even closer after leaving the Bravo series behind.

“I think this whole, you know, leaving the show at the same time really brought us closer together,” Tamra admitted.

She also revealed that there are times when they both feel lost in their life. They’re still figuring out their goals and identities. Vicki and Tamra have their “good days and bad days.” Tamra was on RHOC for 12 years, while Vicki appeared for 14 years. But Tamra wants to remain positive.

“It’s a transition for sure,” Tamra continued. “And I’m excited for my future.”

The entrepreneur teased a new show in the works with the insurance agent. But Tamra wouldn’t reveal if the new series would be a Housewives spinoff. She added that the new project is based on a “whole different” and “interesting” concept that has never been done before. However, production is on hold due to the coronavirus pandemic.

“Everything’s been put on hold obviously, and all the meetings we had lined up to move forward have been put on hold,” Tamra explained. “So right now, don’t really know. We’re just in this holding. We heard that in maybe June or July things should be back up, but nobody really knows.”

Tamra Judge has no hard feelings toward RHOC

The former Housewife made the tough decision to leave the show behind. But she admits that there were no hard feelings despite what the reports claimed.

“I’m not the type of person that just looks back and worries like of what could have been or what was, and I’m just really excited to move forward,” Tamra Judge said.

Though she wants to move on, Tamra doesn’t want to revisit her past.

“Everything happens for a reason. Everything’s good,” she continued. “I’m healthy. I’m successful. We’re doing well, we’re happy. So what else can I ask for? And if I go back or I get asked back next year, then I’ll think about that then.”

Has no interest in Shannon Beador’s friendship with Kelly Dodd

Tamra Judge previously unfollowed Shannon Beador on Instagram. Their strained friendship has to do with Kelly Dodd. She has no interest in seeing their newfound friendship on her feed.

“I don’t want to see,” Tamra revealed on the latest episode of Us Weekly’s “Getting Real with the Housewives” podcast. “I knew that she was probably going to have to become friends with her in some way or form.”

Shannon, Tamra, and Vicki made up the Tres Amigas on The Real Housewives of Orange County. But fans noticed their friendship fell apart after Shannon shared a photo of herself with Kelly. As fans know, Kelly feuded with Tamra and Vicki on Season 14 of the show.

What are your thoughts on Tamra Judge and Vicki Gunvalson’s friendship? Sound off below in the comments section.