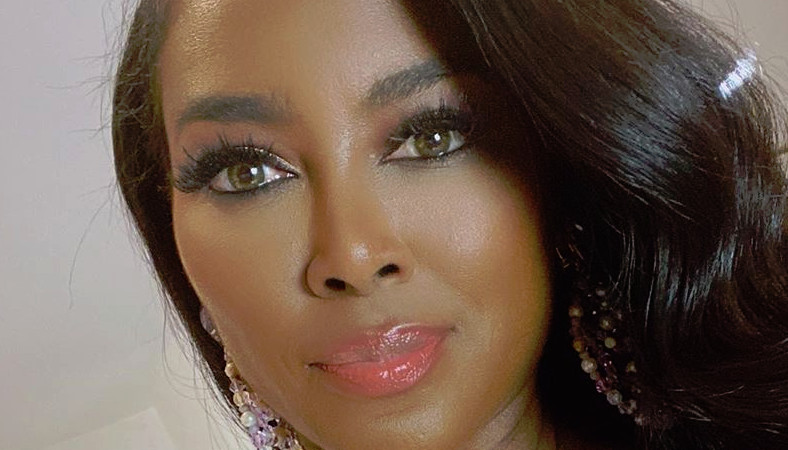 The Real Housewives of Atlanta star Kenya Moore may be separated from her husband, Marc Daly, but he’s not far from her mind. She opens up about the idea of having another baby with him and virtually co-parenting their daughter, Brooklyn.

Part one : a surprise cookie dough cake from @ahautecookie see how @thebrooklyndaly did 😂😊👼🏾👶🏽

The RHOA star married Marc in 2017, though that date has come under fire among her co-stars and fans. Some believe that Kenya is fudging the date of the marriage or lying about the marriage entirely.

The couple separated in 2019 after two years of marriage. However, neither filed for divorce and they are working on their marriage.

At the Season 12 RHOA reunion, Kenya revealed that the couple is in Zoom therapy. She told Us Weekly earlier this week that she hopes to transition to in-person therapy once the coronavirus quarantine is lifted.

Kenya welcomed her daughter, Brooklyn, in 2018. While Brooklyn is Kenya’s first daughter, Marc has children from previous relationships.

Kenya’s pregnancy was a difficult one. She had quite a few scares, including preeclampsia. Given the difficulty of having Brooklyn, Kenya’s not sure if she can physically carry another child.

She tells Us Weekly that she’s having tests to find out one way or another. If she’s unable to conceive naturally, she will “seriously” consider surrogacy. Her RHOA co-star Kandi Burress recently welcomed a baby born via a surrogate.

Kenya notes that “time is ticking” for her to have another child. While she does feel that she wants a second child “more and more,” Marc isn’t as eager. In Kenya’s opinion, her husband is afraid he won’t connect or bond with another child the way he has with Brooklyn.

The estranged couple is having “a conversation” about the possibility of a second child together. However, Kenya reveals that it is a “sensitive subject” for both of them.

What isn’t a sensitive subject for Kenya is Brooklyn’s bond with her dad. Kenya reveals that she FaceTimes with Marc every day so that Brooklyn can see him. She gets emotional during the Us Weekly video chat about how much they both miss him.

The first thing Kenya plans to do when the quarantine is lifted is to “fly to New York to see Marc” with Brooklyn in tow.

The full Us Weekly interview can be viewed here.

The Real Housewives of Atlanta recently wrapped up Season 12. Bravo has yet to confirm if the show will return for another season. Check back with TV Shows Ace for updates.

You Can Book A Stay At The ‘Welcome To Plathville’ Home – Here’s How
What Does Camille Grammer Think Of The ‘Frasier’ Reboot?
Justin Duggar & Claire Spivey Tie The Knot – Photo
Wait, Is Tammy Slaton In A Hospital Or Nursing Home?
Catch A Sneak Peek Of Justin & Claire Duggar’s Wedding Video