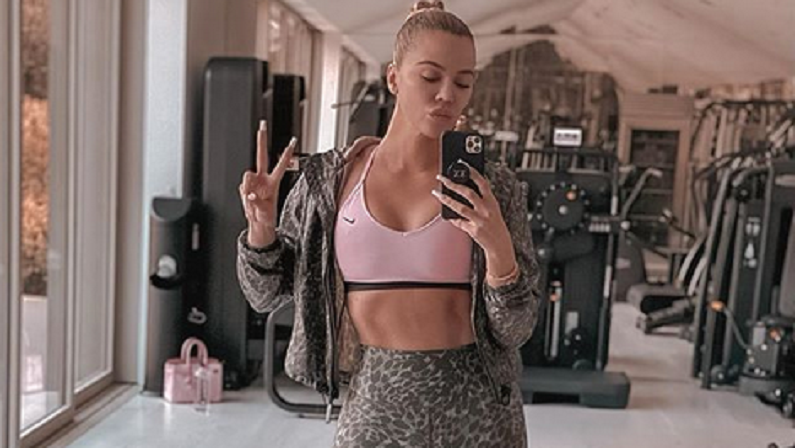 Khloe Kardashian has clapped back a lot lately. She previously slammed critics who accused her of getting a new face. She also slammed those who criticized her and her family for reuniting amid the coronavirus pandemic. Now, Khloe is setting the record straight on her Instagram posts.

Kardashian slams critics who claims she makes money on Instagram

Per In Touch Weekly, Khloe Kardashian shut down an online troll who accused her of posting photos for profit. The anonymous user claims that Khloe only posts “selfies” for “money.” The fight went down on Thursday, May 28. The 35-year-old reality star set the record straight on her Instagram posts. It all started when the troll accused Khloe of making a profit during the pandemic.

The Keeping Up With the Kardashians star posted a photo of her glam look amid the coronavirus pandemic. She’s been sharing her new look while in quarantine. Khloe captioned the series of photos, “The Mondayest Thursday ever.”

“the moment when ppl are dying but u still gotta post that selfie to get that money lol,” the troll wrote.

“what money do I get from posting this? [sic]” Khloe responded. “Check my stories lover.”

The troll accused the single mother of not using her platform to address current issues.She directed her followers to her Instagram Stories where she spoke out about George Floyd’s death and the coronavirus pandemic. Khloe has also been giving back to those in need, as per TV Shows Ace.

Of course, this isn’t the only time that Khloe Kardashian has shut down the haters on social media. Amid the rumors that she and ex-boyfriend Tristan Thompson were expecting their second baby, she shut down the cruel comments towards her baby daddy. On Wednesday, May 13, Khloe took to Twitter to address the criticism.

“I don’t go on social platforms much these days, AND this is one of the main reasons as to why I stay away. The sick and hurtful things people say, I am disgusted by so many things I am seeing,” Khloe wrote in a series of tweets. “SMH. People swear they know everything about me, including my uterus. SICK.”

She also slammed the rumors that she’s pregnant with Tristan’s second baby. Khloe said that the rumors, stories, and criticism have hurt her feelings. The Good American founder also says she will live her life on her own terms.

Kardashian-Jenner clan speak out about injustice

Khloe Kardashian isn’t focused on the drama. She and her famous sisters have spoken out about injustice in the U.S. Fans of the family remember the time that Khloe and Kim Kardashian collaborated with Union Rescue Mission CEO Andy Bales to educate their fans on homelessness and how they can help those in need.

This is America #GeorgeFloyd

“I don’t know what the answer is to get people off the streets – but I’m so willing to help in any way that I can,” Kim said during a previous episode of KUWTK.

Khloe Kardashian isn’t letting this latest criticism get to her. She’s doing what she wants and won’t let the haters bother her.