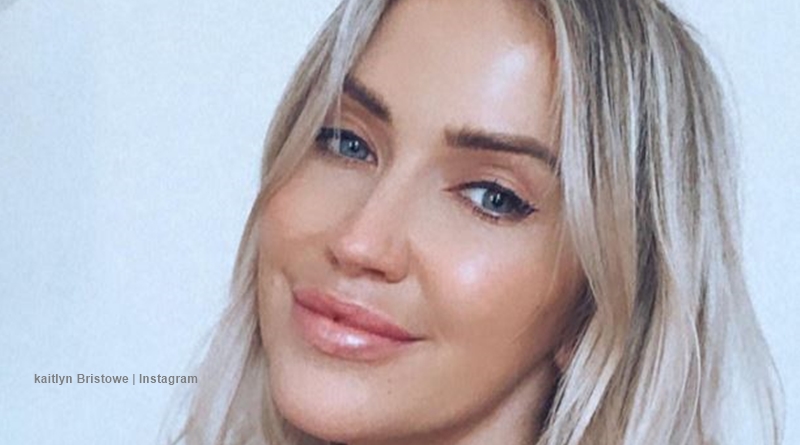 Bachelorette fans experienced a surprise announcement from Kaitlyn Bristowe earlier in May this year. She dropped an announcement that she worked on recording a song called If I’m Being Honest. Now released, fans rushed off to listen to it. Reactions came fast and furious. However, Kaitlyn seemed more surprised by anyone at the good reception. Now, she confessed her split from Shawn Booth inspired her.

Fans of the ABC show raved about the song on YouTube. certainly, her talent seems amazing and people wondered why she never produced commercial music before. Instantly popular, Kaitlyn revealed on Instagram that it hit iTunes’ Top 2. And, that came mere hours after her first announcement, TV Shows Ace reported. While the song perfectly fits the difficult time people live through with the coronavirus, did that inspire her?

On YouTube where the song went up on May 13, fans should take care not to confuse it with the lyrics video by Anna Clendening of the same name. One fan wrote, “Classy, true story singing from the heart! Way to go.”

But just how much of a “true story” inspired the lyrics? It seems that indeed, real-life inspired the Bachelorette alum’s song. ET Canada reported about the song that even reached Billboard’s “Digital Song Sales Chart.” It ranks at number 21.  Kaitlyn spoke to them about her inspiration.

When Kaitlyn spoke to ET Canada, she admitted the success blew her away. she told them on Friday, that she “wrote it in a time when [she felt a lot] of pain and hurt and that isn’t the case anymore.” However, she thinks that fans relate to the song because of the times people, live in. But for her, Shawn Booth inspired the song. Fans know they split. The couple became engaged in season 19 of The Bachelorette. “ However, nearly three years later, they broke up in 2018.

ET cited Kaitlyn as saying, that her dad heard her record it in the studio. At the time he gave her a lot of support as she and Shawn went through their split. The Bachelorette alum described it as a “really, really hard time.” Nevertheless, she found the strength and went through with recording her successful song. Now, she moved on from Shawn Booth and she dates Jason Tartick, also a cast member of Bachelor Nation. However, she stays in touch a bit, and fans noticed she sent her love when Shawn’s dog passed away recently.

Kaitlyn Bristowe never mentioned if she plans to release more songs. However, her fans certainly hope so. What did you think of the number that rocketed Kaitlyn into the music world? Are you surprised that Shawn Booth from The Bachelorette inspired the words and the passion? Sound off in the comments below.

Chase Chrisley Sells Nic Kerdiles For Best Offer: Well, Kind Of…
‘Bold And The Beautiful’ Don Diamont Just Filed Restraining Order
‘Manifest’ Season 1 & 2 Drop Into The Netflix Library
Dr. Now Shares A Key Factor In Reversing Obesity: What Is It?
‘Days Of Our Lives’ Two Week Ahead Spoilers: Xander Goes Too Far With Dr. Synder – Sets Up Another Salem WhoDunnit