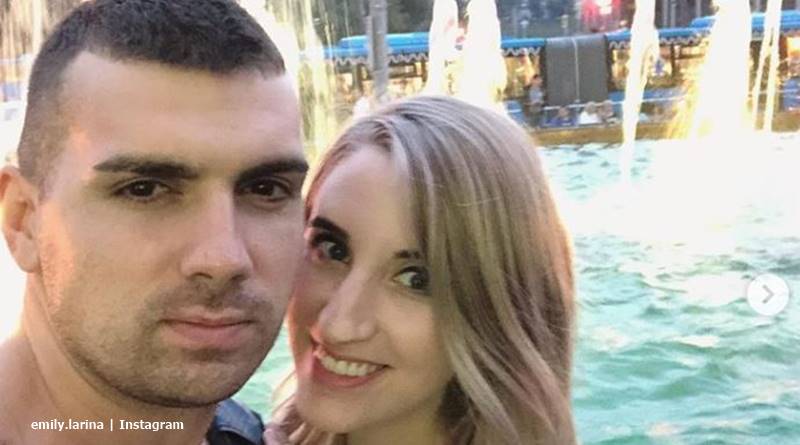 90 Day Fiance: Self Quarantined brought back Emily Larina and her husband Sasha. In the show, they talk about how they quarantine with Emily’s dad. But, they plan on moving into their own place soon. Emily sounds really excited, but moving takes lots of preparation. And Emily struggles to find the time right now, as Sasha got another job in the evenings.

TV Shows Ace reported that when the coronavirus hit, Emily lamented that they canceled their new apartment. Plus, Sasha looked forward to his new job as a gym trainer. But, that all fell away. She sounded really down. However, she updated her fans on May 8, with the good news that they found a new place online. She said that she “can’t wait” to decorate the new bedroom for her son David. But for now, she still prepares for the move and seemingly finds it hard going.

Fans who watch 90 Day Fiance: Self Quarantined saw Sasha groan about losing his job in the gym. He said that these days, he spends most of his time “babysitting” their son. Sasha also said, “I’m trying to do simple workouts at home, at least it’s something,” ET Online noted.

However, in her latest post on Instagram, Emily said that he works for UPS now. It looks like Sasha works in the evenings, judging by the rest of Emily’s caption.

Emily updates that the move takes a lot of her time

Emily shared a photo of herself and Sasha outside wearing their masks. Talking about Sasha, she wrote, “Sasha likes working at UPS and our [county got approval] for phase 1 of reopening.” However, she mentioned that in the “evenings,” she babysits by herself. So, presumably, Sasha works at night. Emily explained why she finds it takes a lot with preparation for the move. She wrote, “It’s hard while working full time and caring for Davidchik by myself in the evenings.” Nevertheless, she still sounds excited about the move whenever that happens.

Fans asked Emily where they move to. The 90 Day Fiance star replied, saying that they remain in Portland, but move to “another suburb.”As is usual these days, people love to troll on reality TV stars, and someone asked if she even has a job. One fan rebuked them saying, “if you knew anything about her you’d know she does have a job! Including still working from home during Covid!” But others seemed happy that Emily soon moves into a nice place.

And, she may even make a new friend. One 90 Day Fiance fan told her that her husband grew up in Russia and speaks Sasha’s language. Plus, they move from LA to Portland soon.

Do you understand what Emily means when she talks about packing and preparing for a move? Certainly, it’s a big task, especially with a young child in the home. Sound off in the comments below.

Remember to check back with TV Shows Ace for more news about the cast of TLC’s 90 Day Fiance.