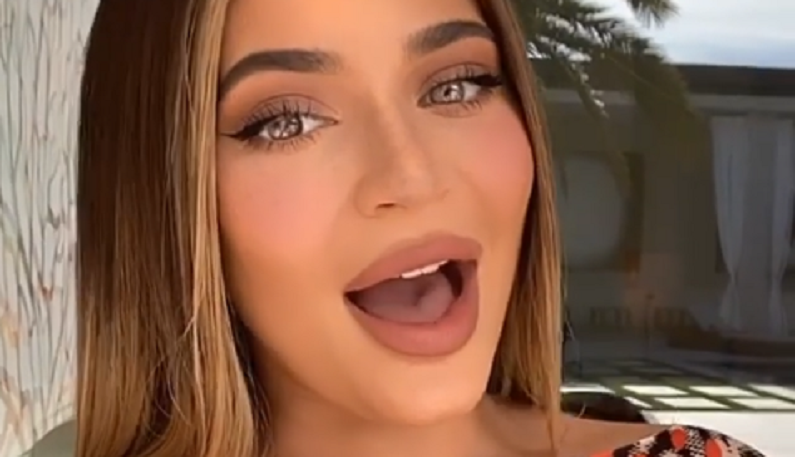 Kylie Jenner is no longer a self-made billionaire. Forbes published a new report about this. In the report, Forbes reveals she is no longer the billionaire that she claims to be. The report claims that Kylie exaggerated about her wealth. She also did the same with her beauty company, Kylie Cosmetics. Kylie is only worth under $900 million, according to Forbes’ latest report.

Kylie Jenner is not sitting well with this new report. She insists that she’s a self-proclaimed billionaire. The 22-year-old said that she doesn’t understand what she’s reading. Point blank, she doesn’t support the new report in Forbes magazine. It doesn’t look like she’s backing down anytime soon.

Kylie Cosmetics founder is not a self-proclaimed billionaire

Kylie Jenner is no longer considered a billionaire, according to Forbes. The business magazine now claims that she exaggerated her success. Last year, Forbes named Kylie as “The Youngest Self-Made Billionaire Ever.” She reportedly made millions from her makeup company. But she later sold 51% stake to the beauty company Coty in a deal that valued her company at $1.2 billion.

The report is from Forbes’ contributors Chase Peterson-Withorn and Madeline Berg. They claim that Kylie and her mother, Kris Jenner, exaggerated about their wealth in the documents they gave to the publication.

“It’s clear that Kylie’s camp has been lying,” Forbes reported. The report hints that Kylie’s tax documents were likely forged. However, that doesn’t mean she filed a fraudulent tax return. Forbes’ new report revealed that Kylie’s wealth is closer to $900 million.

The Kardashian-Jenner family refused to spoke to Forbes for this new story. But Kylie Jenner disputed Forbes‘ new claims after the report was published, per Yahoo! Entertainment.

“What am i even waking up to,” she tweeted. “I thought this was a reputable site.. all I see are a number of inaccurate statements and unproven assumptions lol. i’ve never asked for any title or tried to lie my way there EVER. period.”

She also slammed the part of the report about her forged tax returns. She also disputed the claims that she provided forged tax documents. However, Kylie did not comment on the rest of the report. She then added that she could “name a list of 100 things more important right now than fixating on how much money i have.”

got all dressed last night with nowhere to go. i hope everyone is staying busy & safe 🖤🖤🦋

People slammed Kylie and Forbes for calling her a “self-made” billionaire. The title received backlash. Most critics slammed the report, arguing that she was born into wealth. The youngest member of the Kardashian-Jenner family defended that she was a “self-made billionaire.” Also, she claimed that the original report was “the truth.”

but okay 🤍 i am blessed beyond my years, i have a beautiful daughter, and a successful business and i’m doing perfectly fine.

However, during an interview with The New York Times, Kylie retracted on her previous statements. She admitted that she “can’t say I’ve done it by myself.” This comes after fans questioned the Kardashian-Jenner clan’s wealth. And they feel that the famous family isn’t as rich as they appear on social media.

So, what do you think of Forbes’ new report? Do you believe that Kylie Jenner is a self-made billionaire? Or do you think someone else should get that title? Sound off below in the comments section.