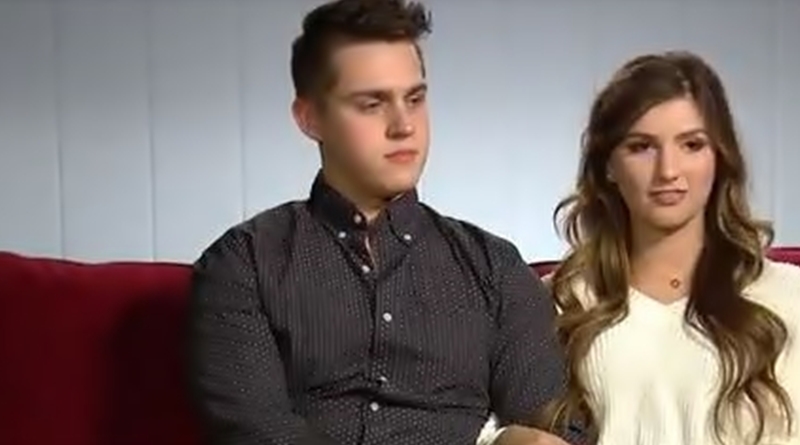 Bringing Up Bates takes a hiatus and returns in July with part two of Season 9. In the second half, expect to see more of the Bates family as the coronavirus impacts on their lives. Plus, fans see the birth of Layla to Carlin and Evan Stewart. Tori and Bobby Smith expect their baby, and more news comes about that as well.

In real life, social media helps keep fans abreast of current events. For example, fans know that Carlin’s baby, Layla arrived safely. However, recently the cute little girl got diagnosed with a hole in her heart. In fact, we reported that her oxygen levels dropped so low, Carlin and Evan panicked. They simply didn’t know what to do as she turned completely white. The next day, they saw their doctor, who told them if it happens again, they should take Layla to the ER despite their coronavirus concerns.

Lawson Bates recently ended up in the ER with a head injury. Unfortunately, he got involved in a dirt-bike accident. He told fans on Instagram that he smacked into a tree “head-on.” Many fans hope he gets over his concussion soon. Some of them hope he settles down a bit and stops his “adventuring.” But, the show takes fans back in time.

People reported that in the new season, the show returns to Carlin and the birth of Layla. At one stage, she panics about the baby, but her mom, Kelly Jo Bates reassures her. Plus, Lawson returns from the Philippines. He went there for about three months. The family loves it when Lawson returns home from his many adventures. So, that’s another reason they celebrate. But, like everyone else in the world, the coronavirus brought changes to the lives of the Bringing Up Bates cast.

In  the preview, the outlet said that Kelly Jo relayed the news that the governor “extended the stay at home order.” Whitney seemed unhappy, saying, “It’s not even the same going into the boutique without you guys being here.'” Making up for the long hiatus, fans can now look forward to a one-hour premiere. And, 13 episodes brings much more of the Bates family.

If you don’t have C]cable, then don’t stress too much. Cable Bashers explains that a number of options exist for Bringing Up Bates fans who need their fix. Apart from UPtv, Amazon Prime, Philo, Price, and iTunes all offer various ways you can watch the show. Family-friendy, the show’s safe for young viewers, something rather rare these days.

Are you excited that the show returns with part 2 on July 23? Sound off in the comments below.

Remember to check back with TV Shows Ace often for more news about part 2 of Bringing Up Bates Season 9.

‘OutDaughtered’ Fans Clearly Have A Favorite Busby: Who Is It?!
Anna Duggar Shares Ironic Message With Inmates
Is It Too Late For Jill & Jessa Duggar To Sue Josh For 2002 Molestations?
‘Manifest’ Season 4: Canceled Or Renewed?
Viewers Are Here For ‘Thicc B*tch’ Corey Of ‘Too Large’