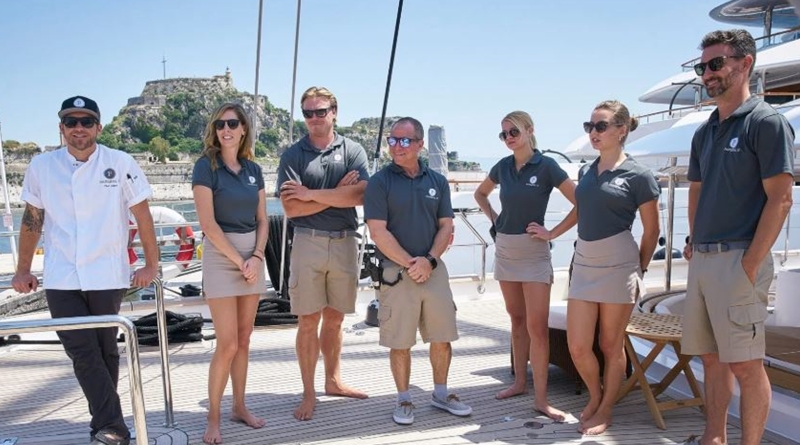 Below Deck Sailing Yacht brings a virtual Reunion this season. With coronavirus, the various crew members join Bravo Host, Andy Cohen remotely. However, that doesn’t mean things stay cool and calm. In fact, fans should expect some very heated confrontations. The reunion airs ahead of the new season of Mediterranean on June 1.

Initially, the show never got a great reception from fans. Actually, fans didn’t take to chief stew Jenna MacGillivray. Unfortunately, critics felt she came over as super-bossy and compared her to unpopular Hannah Ferrier. Chef Adam Glick returned and he and Jenna got it together. Initially, that bored fans. However, as the season progressed, the drama became so over that top, that people started picking sides on social media. Therefore, interest rose, and the ratings did very well in the end.

Sometimes, people almost forget that Below Deck Sailing Yacht brings some lovely seascapes and destinations. Rather, fans focus on the never-ending drama between the crew. Naturally, caught up in a place where they live and work together around-the-clock, love and hate flourish. Usually, feuds erupt, and resentment grows. Therefore, the reunion promises plenty of heated discussions as the cast go back and revisit the most awkward moments.

E!News reported about their preview of the show. In their write-up, they noted that Captain Sandy Yawn joins in a bit. Possibly, that’s because she knows most of the crew. Apparently, she gives her take on the season. Additionally, the reunion comes ahead of the new season premiere of Mediterranean. Actually, Hannah Ferrier and Malia White feature in the new season as part of the all-female boss crew. Malia and Adam Glick got into a bit of a love triangle before.

In the Below Deck Sailing Yacht reunion, fans will see the current status of Jenna and Adam. Actually, Jenna hates that the rest of the crew diss her over Adam. Angrily, in the exclusive preview, she asks Madison, “Do you think it’s fine to constantly say, ‘Jenna just wants to be on Adam’s d*ck?'” Well, fans think much the same thing, so that should evolve into some fireworks. Actually, Madison denies it vehemently, using a nasty word. Probably, the feud continues between these two.

Other drama in the Below Deck Sailing Yacht reunion

The outlet noted that fans might see what goes down with Georgia, Paget, and Ciara and all the “flirtatious” behavior. Then, at one stage, Georgia says, “I’m not a Kardashian. I’m on Bravo.”‘ Probably, that becomes meme-worthy. Also, expect to see “Georgia Grobler, Byron Hissey, Parker McCown, and Chris Miller.” Furthermore, another person who features in the show obviously includes Captain Glenn. Plus, yachties Paget Berry and Ciara Duggan also join in.

Remember to tune into the virtual Below Deck Sailing Yacht reunion at 8 p.m. on Bravo, June 1.

‘Married at First Sight:’ Is Luke Cuccurullo Married Again?
Will There Be A Season 2 Of Netflix’s ‘Ginny & Georgia’?
‘Shameless’ Time Jump? See Liam Gallagher All Grown Up
Mike Johnson Explains How ‘Bachelor’ Drama Could’ve Been Avoided
‘When Calls The Heart’: Elizabeth Introduces Baby Jack To His Father