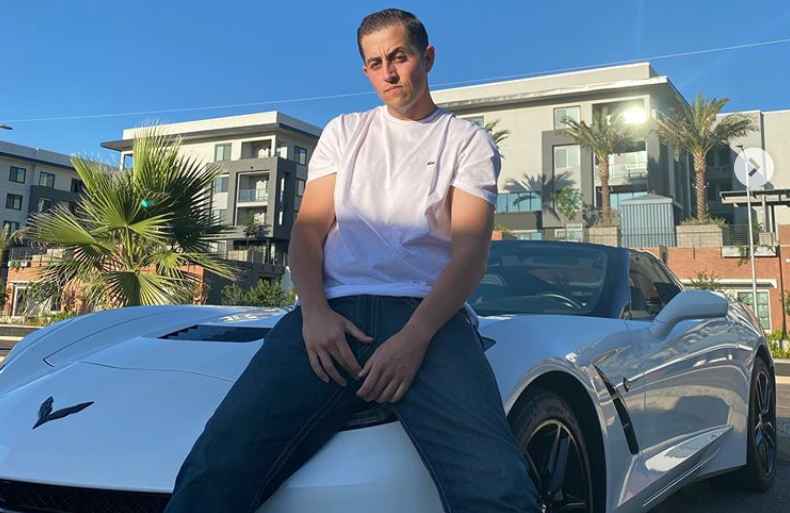 Jorge Nava of 90 Day Fiancé is now out of his Arizona prison and planning a move to California. Meanwhile, he is preparing for his divorce from Anfisa Arkhipchenko. The TLC reality star took to Instagram to announce he is ready for his “trip home to California.” With his weight loss and physical upgrades in prison, this man is looking like he could take over the world.

Jorge Nava headed to Instagram on Thursday, May 28 to announce his plans to followers. He says he is “ready” for his trip home to California. Nava continues by writing about how excited he is for what is to come. He can’t wait to share his journey with his fans and followers. The 90 Day Fiancé star says this is his first flight in a couple of years and he “can’t wait for the experience!” In the accompanying video clip, he can be seen nodding his head while staring into the mirror.

I’m Ready for my Trip Home to California ! I’m so excited for what’s to come I can’t wait to share the journey ✈️ it’s my first time on a flight in a couple years and I can’t wait for the experience! #vlog #california #calvinklein #film #gear

Jorge announced he plans to move to Los Angeles when he was first released from prison. However, he says at the time he needs the approval of his probation officer to leave Arizona. Nava has friends in Los Angeles, besides his estranged wife, Anfisa. She is living in an apartment in L.A. with the new man in her life, Leo. Anfisa starts dating Leo while Jorge was behind bars even though she is still legally married.

The Blast notes, Jorge was released from prison earlier this month. He has served most of his 2.5-year prison sentence. Nava arrest comes in 2018 on charges of intent to sell and transport marijuana and possession of drug paraphernalia.

While Nava was behind bars, Anfisa started seeing the new man in her life, Leo. Jorge knew about her new relationship and accused Anfisa of abandoning him while in prison. He did sound fair about the situation, wishing Leo the “best with his new relationship.” At the time, Jorge says he knows about Leo but doesn’t know what he looks like. He admitted he doesn’t really care what Leo looks like, as he threatened to divorce Anfisa on getting out of prison.

Anfisa seems to be carrying on with her life quite happily and is not fazed by Jorge’s threats of divorce. She says she is living her best life and recently had treatment to make her lips fuller. Anfisa says the last time she had fillers was in April 2016. She wasn’t happy with the result and had it dissolved.

You guys know I have been hitting home workouts hard these past few months #teamipartner I have been trying so many different protein powders recently and I have officially found my holy grail protein 🙌 its the @teamiblends chocolate protein powder 💪🏻 It's packed with 17g of organic pea and rice protein AND infused with white tea extract for some added antioxidants. I feel super replenished after my workout since I started using the Teami protein too, which is such a major plus 🤩 also, it blends super easy and tastes like a milkshake 🤗 You guys should definitely check them out and use ANFISA25 for 25% off #thankyouteami 💕

Likely wanting to look her best for her new beau, Leo,  she decides to get them done again. She uses a syringe of Restyline Kysse instead of the Juvederm she used before and is loving the results.

Meanwhile, let’s wish Jorge Nava all the best for his future plans in Los Angeles!