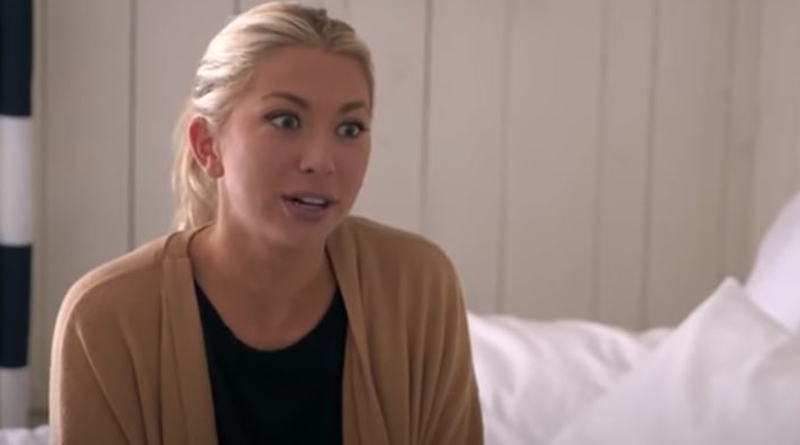 VPR fans know that in Season 8 things got a bit hectic for Stassi Schroeder. In the last episode, Kristen Doute and Stassi, along with Katie Maloney-Schwartz, argued a lot about her boyfriend Brian Carter. In fact, that friendship seems over, possibly irretrievably. But, it looks like other cast members got in her face about it during the Reunion. Now, she feels “sick of people” who “give her a hard time” about her choices.

VPR – the bust-up in the last episode of the season

TV Shows Ace reported that most of the season, fan saw Stassi excited about marrying her man, Beau Clark. But, much like Lala Kent, her costar on Vanderpump Rules, she put the wedding plans on hiatus. The coronavirus makes it hard to judge the right time for a wedding. But things went wrong between her and Kristen Doute. She watched the show and it felt quite a bit of a downer for her. Fans saw a rather explosive scene with Stassi and Kristen.

Watching it all over again, the VPR star expressed that she “felt emotional.” During the episode on Vanderpump Rules, Stassi and Katie Maloney-Schwartz watched Kristen stalk off after their argument, one of many, regarding  Brian Carter. And according to Stassi, it all got rehashed at the Reunion. And she sounded really fed up with it all on her Straight Up With Stassi podcast. She chatted with Lala Kent about her feelings.

Stassi got really angry during the Reunion

What really got to Stassi is that other people just got in her face. She feels that they should stay out of it. After all, she should be able to choose who she wishes to “hang out with.” She said, “I got so annoyed at the reunion and pissed off at people that I’m like, ‘F**k this anyway.'” She also felt a bit peeved with critics on social media who don’t like her maintaining a distance from Kristen. She added, “If I hear that I am a mean girl one more time for making my own decisions…I’m going to be like, ‘Fine. I’m a f**king mean girl.'”

US Weekly reminds readers that things started going wrong for Stassi with Kristen before the last episode on VPR episode. Stassi previously talked about it on her podcast. She said, “These feelings started to develop two years ago.” Katie Maloney also talked about Kristen on the podcast back in April. She noted, that she kept defending Carter very “aggressively” on the show. “But,” she added, “then off-camera, it was a very different situation.”

What do you think about Stassi Schroeder hating the fact that during the VPR Reunion Kristen got raised again? Sound off in the comments below.